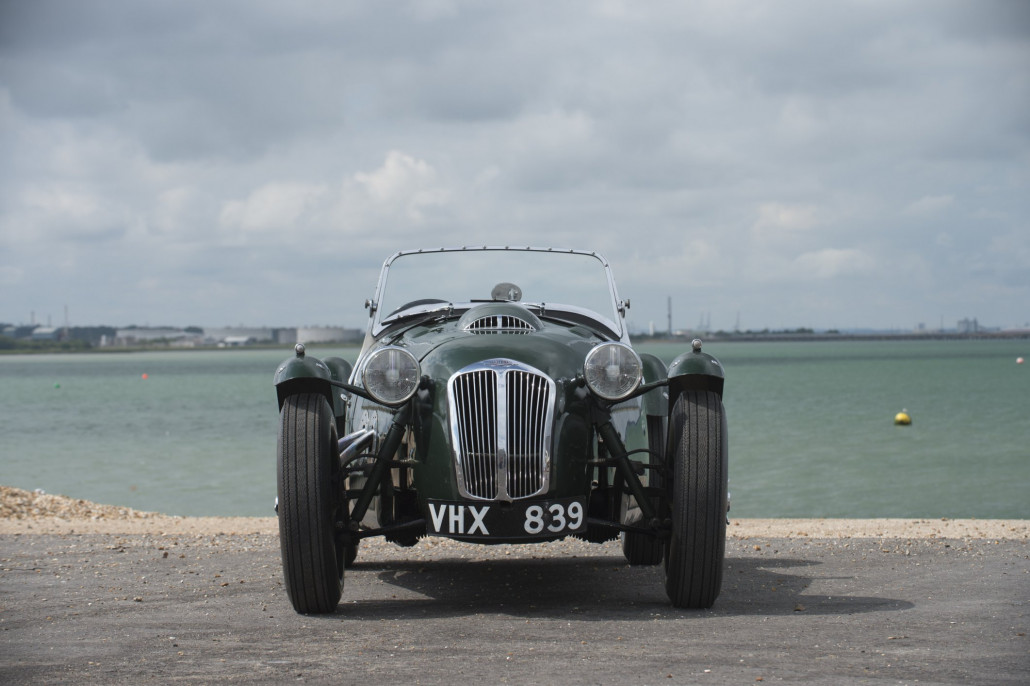 It was the race that would forever haunt him due to a crash that very nearly ended his fledgling racing career. Now the rebuilt car is up for grabs at an upcoming auction hosted by Bonhams, and is expected to generate significant interest.

“I was leading, a big thing for me then, ahead of Bob Gerard, Tony Crook and the other Frazer-Nashes. So I was feeling pretty good about life,” Salvadori told Motorsport magazine in 2008. “…we came up to lap a group of slower cars which were having their own battle. I tried to overtake them all, but it couldn’t be done.”

The car, which will go under the hammer at Bonhams Goodwood Revival Sale on 10 September, slid wide and clipped with a cement-filled oil drum, causing the car to roll several times.

“At Northampton hospital they decided they could do nothing for me, and pushed me into a corner. They rang my parents, but told them I was unlikely to be alive by the time they got there. A priest was summoned and gave me the last rites.”

Salvadori went on to campaign the car in 1952, winning the 2-litre class and finishing sixth overall in a return to Silverstone at the May Meeting's Production Sports Car event. He later came fourth and second in class to Mike Hawthorn in the May 29 British Empire Trophy event at Douglas, Isle of Man, and second to Ken Wharton's works Mark II Le Mans car in the 100-mile sports car race at Boreham on August 2.

The famous racer always recalled 'VHX 839'with great affection: "I decided I really needed a car I could use on the road, and that's why I bought the Le Mans Rep. It was a super car to drive. Unfortunately, I nearly wrote myself off in it at Silverstone but I was racing it again less than a year later. It was a lovely car and I adored driving it…”

Essex-born Salvadori was of Italian descent, and had immense charm and charisma. Well respected in the sport, he competed in an incredible 47 world championship Formula One Grands Prix in his lifetime.