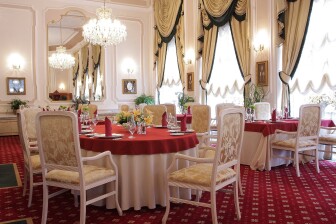 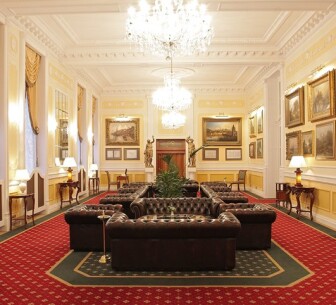 One of Europe’s most illustrious and historical hotels will once again be the focal point for a major International Film Festival next month.

Located in the picturesque spa town of Karlovy Vary in the Czech Republic, the Grandhotel Pupp dates back to the beginning of the 18th century, and in recent years has hosted famous names from the movie world including Morgan Freeman, Gregory Peck, Sharon Stone, Robert Redford, John Malkovich and Nikita Michalkov.

The draw for such stars to descend on the hotel has been the Karlovy Vary film festival, which has gained international recognition and is expected to be bigger than ever when it takes place from 1st – 9th July.

Guests in the 228-room hotel marvel at some of its original features that still remain, including stucco ballrooms with crystal chandeliers and age-old pictures, a staircase with etched glass, and a neo-baroque ceremonial Festive Hall for 700 people.

The hotel also features restaurants, a café, bars, a billiard centre, a relaxation centre, the newly opened Pupp Royal Spa, a Hair Studio and a casino. Meanwhile the hotel will also arrange opportunities to play golf at nearby courses, and to eat in the luxurious Golf Restaurant at Golf Resort Karlovy Vary, which is run by the Grandhotel Pupp.

As well as welcoming a variety of famous actors and actresses, the hotel has also featured in several films itself, including the James Bond movie “Casino Royale” and “Last Holiday“ starring Queen Latifah and Gérard Depardieu.