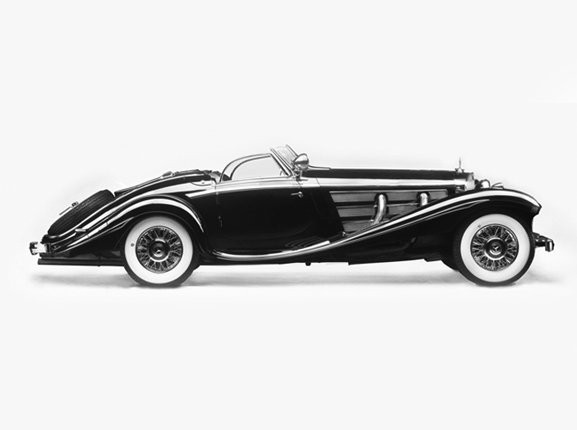 Historical Mercedes to be Sold at Pebble Beach Auction

The von Krieger 540 K Special Roadster – one of the world’s most distinguished Mercedes-Benz motor cars – is to be put on public sale for the first time in August.

Seventy-six years after leaving the factory, the stunning car will be sold at Gooding & Company’s prestigious Pebble Beach Auctions in California.

Boasting a remarkable lineage, the car was originally purchased new in 1936 by an aristocratic Prussian family. One member of the family was Baroness Gisela von Krieger, considered one of the most fashionable women in the world at the time, who took ownership of the car and travelled with it across Europe until her death in 1989.

David Gooding, President and founder of Gooding & Company, said: “As one of Mercedes-Benz’ ultra-rare 540 K Special Roadsters, the von Krieger Special Roadster is already a special car, yet it ranks superior to other examples because of its unrivalled condition, history and provenance.”

“Its complete restoration, beautiful story and thoroughly documented history make it absolutely extraordinary and perhaps the finest 540 K Special Roadster in existence. It is the most exciting pre-war Mercedes-Benz I’ve ever known.”

Gooding & Company has not placed an estimate on the car, but it is anticipated that it will fetch a world record price for a Mercedes-Benz vehicle.

The auction will take place at the Pebble Beach Equestrian Center on 18-19 August.