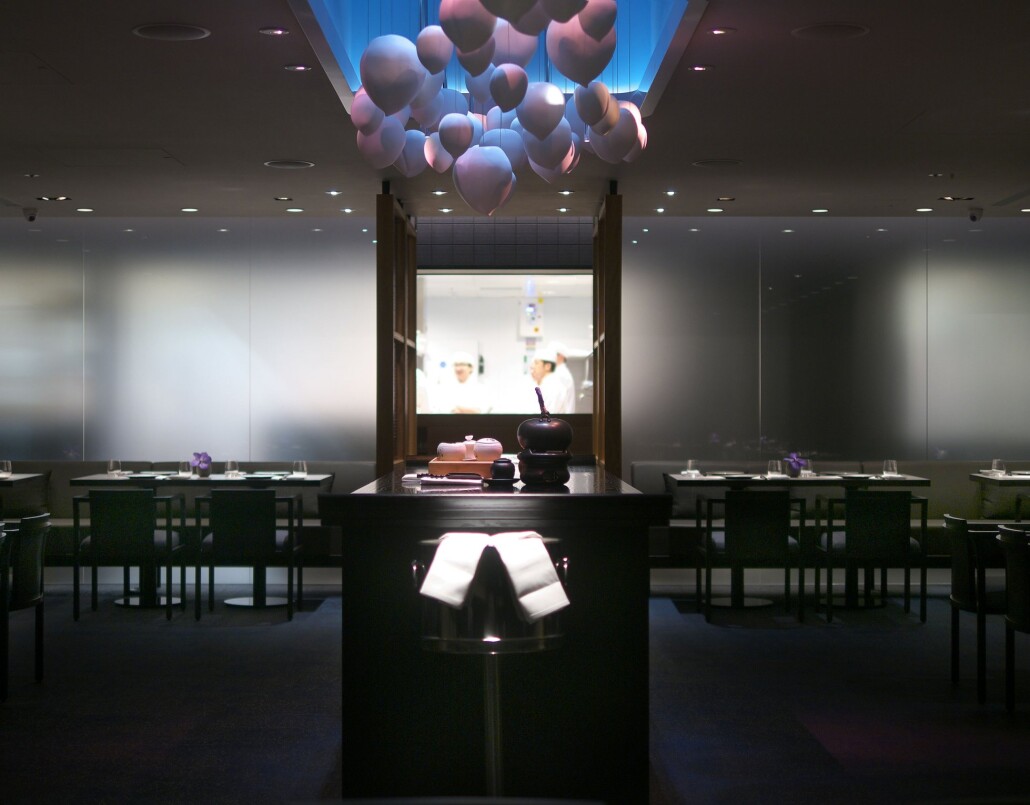 HKK: A Chinese Banquet Fit for a King

In recent years “Experience Dining” has become the go-to marketing phrase for any restaurant wishing to elevate itself above the raft of unremarkable eating venues liberally sprinkled across the capital.

Alas, what this often amounts to is a big-name chef, ill-conceived trickery and a novelty theme. The unpalatable truth for so many of these misfiring establishments is that to create an experience truly worthy of the term requires more than just a quirky, fun-sounding idea.

An example of how to transcend the pedestrian masses can be found nestled on an inconspicuous street on the border of East London and the Square Mile. The latest offering from the Hakkasan Group, HKK opened late last year centred on the theme of a Chinese banquet, cooked in classic Cantonese style with a modern twist. The feast in question comprises a single Tasting Menu (8 courses for lunch; a daunting 15 for dinner), served up by Michelin-starred chef Tong Chee Hwee, Head Chef of the original Hakkasan restaurant in London.

Inside, the décor is minimalist whilst boasting all of the chicness you would expect from a Hakkasan-owned venue. A cocktail bar is separated from the restaurant by a sheer curtain, offering tantalising glimpses of the open kitchen in which a wood-fired duck oven sits as its centrepiece, and the main dining area, where we were soon seated.

A 15-course Tasting Menu is a bold enterprise. It is the ultimate balancing act, requiring flawless judgement and principles more typically associated with architecture, with each dish having to fit the right proportions, and all components working in harmony so as not to overwhelm, clash or disorientate. Fifteen courses later, we felt like we’d been fed by Le Corbusier himself.

It would be overkill to relive every morsel that passed our mouths, but also remiss not to mention some stand-out dishes. The Dim Sum trilogy proved that, in spite of their ubiquity, the humble dumpling can still be moulded into a thing of beauty when placed in the right hands, with the folds in the pastry a work of art in themselves.

Cherry wood roasted peaking duck was a theatrical highlight, served on a central wooden unit, with diners invited up to witness the carving at close quarters. The excitement reaches a crescendo as you dip a wafer of crispy skin into the accompanying crystallised white sugar (as traditionally served in Beijing), instantly transporting you to food nirvana. A pancake wrap filled with the duck itself concludes a mind-bogglingly delicious course that, like some of the best moments in life, ends far too soon.

A fillet of monkfish with Louis Roederer champagne sauce is beautifully cooked, coated in the lightest of batters, and with the zingy sauce reduction giving a distinctive Chinese slant to the dish.

Jasmine tea-smoked Wagyu beef, braised for two-and-a-half hours and then smoked with jasmine tea, was excellent too, the accompanying water chestnuts and sweet potato crisp providing a welcome textural contrast with the beef.

Of two desserts, Lychee tapioca with passion chuboust and passion jam came out on top, delivering a sublime combination of creamy, soft, tangy and sharp flavours all at once.

With its choreographed food and the high drama of the duck carving, HKK certainly does have elements of the novelty about it. But when the food is this good, it works on every level.

It has been suggested by some who speak with authority that this is already the best Chinese restaurant in London, and one of the best in the world. Even at this nascent stage, it is impossible not to add to that list of ringing endorsements.