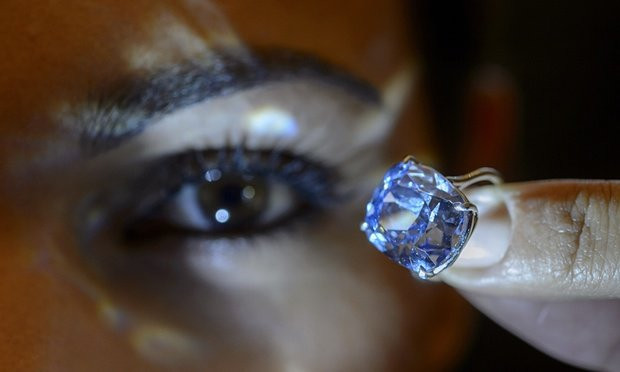 A Hong Kong businessman has given fathers a cross the world a tough act to follow after splashing out almost $77 million on two diamonds for his 7-year-old daughter.

Billionaire property magnate Joseph Lau spent $48.4 million on a 12.03-carat diamond at a Sotheby’s auction that he swiftly renamed gem ‘Blue Moon of Josephine’ after his daughter.

This was just a day after spending $28.5 million on a 16.08-carat pink diamond at a Christie’s auction, which he rebaptised “Sweet Josephine”.

According to David Bennett, head of Sotheby’s international jewellery division, the “Blue Moon” sale made the gemstone the most expensive diamond ever sold at auction, as well as fetching the highest-ever price per carat.

Mr Lau was embroiled in an eight-minute telephone bidding war for “Blue Moon” before the hammer came down on the precious jewel, which was discovered in South Africa in January 2014.

The previous world record for a jewel sold at auction was held by the 24.78-carat “Graff Pink” diamond, which was sold by Sotheby’s for $46.2 million in November 2010.