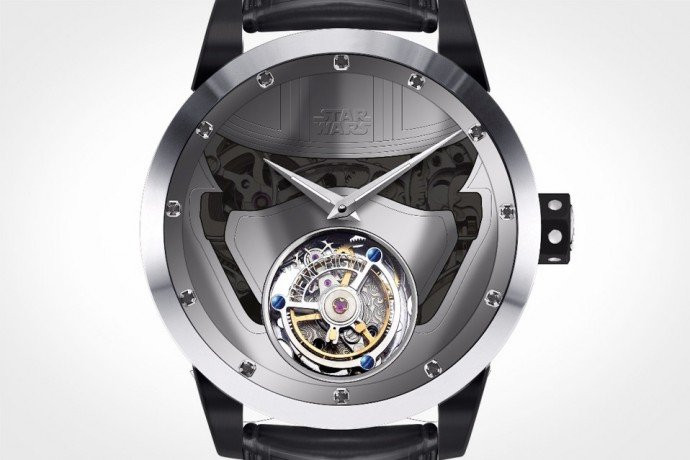 Hong Kong-based watchmaker Memorigin has collaborated with Lucasfilm to launch the ultimate horological Star Wars tribute, inspired by one of the characters from the latest edition of the iconic movie franchise.

Created by famous designer and composer Mark Lui, the tourbillon, which is priced at $5,500, boasts a watch face resembling Captain Phasma, a commander of the First Order’s legions of Stormtroopers in Star Wars: The Force Awakens, which was recently released in cinemas.

Only 200 pieces of this watch will be sold, adding another rare collectible to the wide array of Star War memorabilia currently on the market.

Star Wars: The Force Awakens is the seventh installment in the main Star Wars film series,

Memorigin sells only tourbillon watches, each designed and made in Hong Kong.