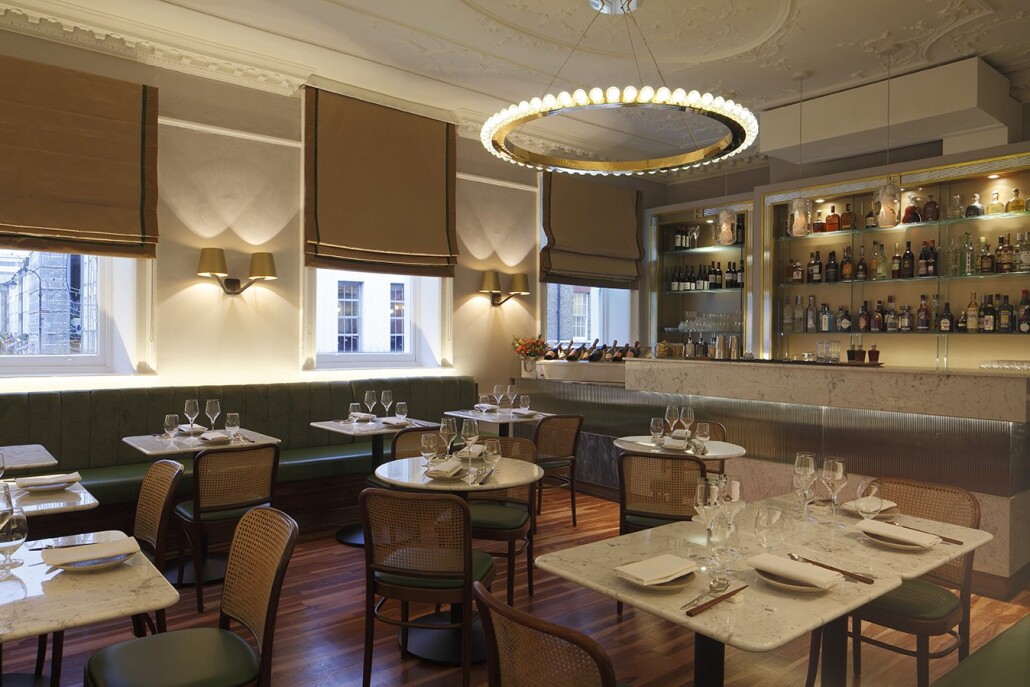 How do you replace a larger than life character like Bobby Chinn? This was the challenge facing House of Ho, the Vietnamese dining institution, when the restaurateur and celebrity chef departed for pastures new in 2015.

His replacement, Ian Pengelley, certainly came with credentials that augered well for the future of the popular London eatery. With Camden behemoth Gilgamesh and Harrod’s luxury Chinese Chai Wu on his CV, as well as a stint as protégé to Gordon Ramsey, the future looked bright.

So it proved, when House of Ho embarked on a brave new world which would see not only a new face in the kitchen, but also a brand new location, nestled in a four-storey townhouse in the up-scale district of Fitzrovia (the original Soho joint would remain, under the pared down name of ‘Ho’).

After opening its doors at the tail end of 2015, the new flagship quickly earned widespread praise for its mix of modern Vietenese cuisine, convivial atmosphere and stylish décor.

Elegant, Parisian-inspired interiors span the four floors, with marble surfaces, whirring fans, Tom Dixon wall lights and artfully placed champagne bottles dotted throughout. The maze of rooms include three private dining rooms, a Wine Room and a top floor Lounge Bar complete with live DJs. It all adds to a sense of somewhere you come to eat well – and party well, too.

But it is, we must confess, the former that most concerned us during our visit. As fans of the original House of Ho, and even bigger fans of its erstwhile figurehead, we arrived with high hopes – and despite the changing of the guard, we weren’t disappointed.

Among the smaller plates, stand out dishes included jasmine smoked chilli glazed ribs - rich and sticky and falling off the bone, along with sea bass and prawn dumplings – sweet and succulent bite-sized morsels of loveliness. Baby squid with chilli and sea salt was similarly good while the crispy duck, fresh watermelon and cashew nut salad added a refreshing counterpoint.

There was also a superb mixed selection of smoking sashimi, while the kitchen’s expertise with seafood was further demonstrated by perfectly cooked king crab, prawn and crème fraiche croquettes.

The last word, however, must be reserved for the dish known as Shaking Beef, perhaps the restaurant’s signature dish – and for good reason. Elegantly presented and featuring cubes of black Angus fillet marinated in onions, pepper and soy, its rich, spiced flavours were mind-blowing.

Desserts, often an afterthought in Asian restaurants, also held strong. We opted for a sharing platter of small samples from across the menu, the highlight being a sublime warm green tea fondant served with vanilla ice cream and contrasted with tangy passion fruit.

It seems like only yesterday that Vietnamese food in London was confined to street trucks. House of Ho played a bigger role than anyone in changing that perception, and with their latest venture, they have transported Asian cuisine in London to a new level of excellence.