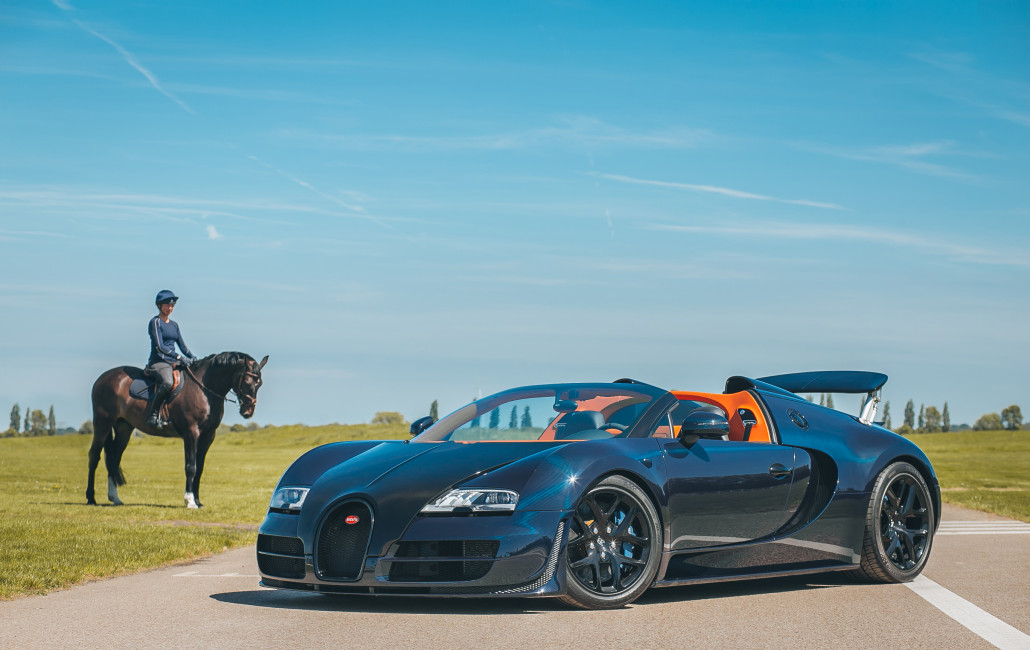 As the UK’s only Bugatti partner, H.R. Owen Bugatti is uniquely positioned to sell and service hypercars from the iconic French manufacturer.

Both cars will be delivered fully Bugatti Certified by Master Technicians and will include a full annual service and 12-month Bugatti factory warranty.

Ken Choo , CE of H.R. Owen CEO, said: “The Bugatti Veyron is an absolute marvel of design and engineering, hand-crafted to achieve speeds that had never before been thought possible for a road car.

“As time has gone on, these cars have become even more desirable – buyers recognise that the Veyron came to define its era and it’ll forever hold a place in history as the fastest car of its day. It’s a trend we fully expect to see with the Bugatti Chiron, too, especially as purely combustion-engined-powered models become rarer and rarer.”

The first Veyron for sale is a 2015 Grand Sport Vitesse edition, which is one of very few in the world to boast a two-tone carbon exterior in blue and black; it also features a fully upholstered interior in contrasting tangerine and black.

The 2015 model has just 2,200 miles on the clock and benefits from a generous list of bespoke options. The Vitesse is available to purchase from H.R. Owen Bugatti for £2.75 million.

H.R. Owen’s second Veyron for offer is an equally special example: a 2013 Grand Sport configured in full white with beluga black hide upholstery. It’s one of only 58 Grand Sport models ever produced and has only covered 590 miles from new.

Viewings of both of these exclusive vehicles are currently available at H.R. Owen’s showroom in Mayfair, London.