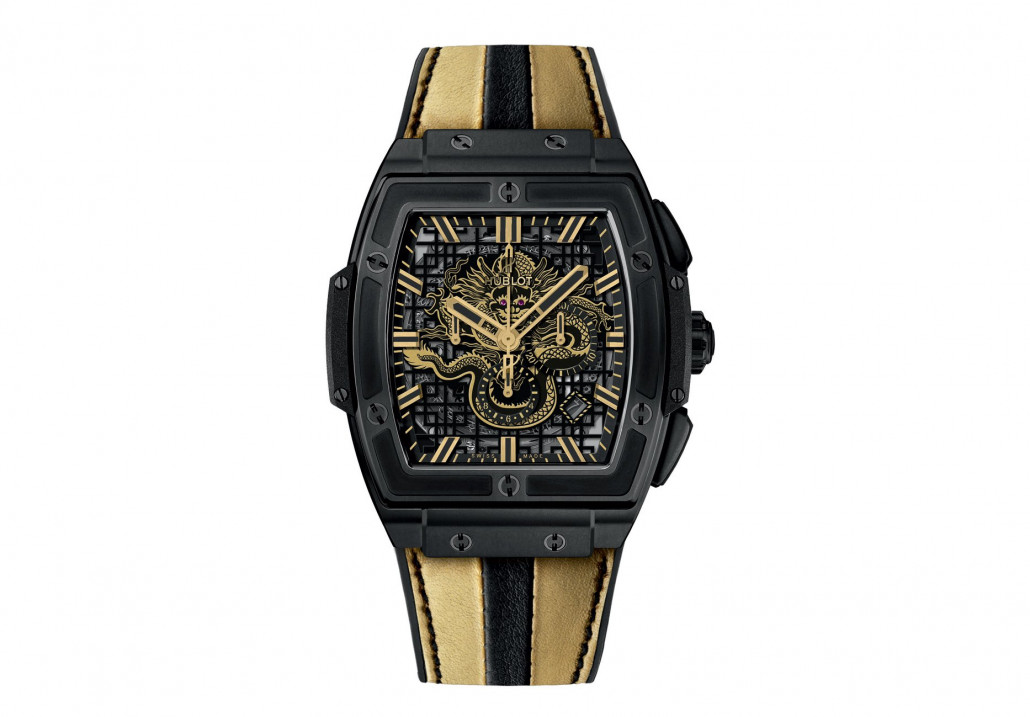 The Spirit of Big Bang Bruce Lee Limited Edition was launched at an exhibition in Hong Kong dedicated to the late actor – who would have celebrated his 75th birthday this year – as part of Hublot’s collaboration with the Bruce Lee Foundation.

The watch was unveiled in front of guests at the exhibition by Hublot CEO Ricardo Guadalupe. Along with a selection of pieces from the exhibition, the Number 1 watch of the limited edition was later auctioned to benefit the Foundation.

Speaking at the auction, Mr Guadalue said: “Bruce Lee combined eastern and western martial arts to create his unique style of Jeet Kune Do, which resonates with Hublot’s ‘Art of Fusion’.

“It is our greatest honour to have the opportunity to create a watch to celebrate the 75th birth anniversary of such a legendary star, and to organize exhibition and auction dinner to support his legacy.”

Shannon Lee, daughter of Bruce Lee and founder of the Bruce Lee Foundation, added: “I just wanted to thank Hublot for their support of my father and his legacy, such as by creating a watch to honour him and organizing exhibition and charity auction.

“I’m also thankful for their support of the Bruce Lee Foundation, which aims to inspire confidence and the spirit of martial arts in children, in order to pass on my father’s message for future generations.”

Limited to 75 pieces worldwide, the watch features a tonneau case and is said to have drawn inspiration from the dragon on a desk at Bruce Lee’s residence. It is equipped with Hublot’s new movement HUB4700.

Hublot were founded by Maksim Kuts in 1980.