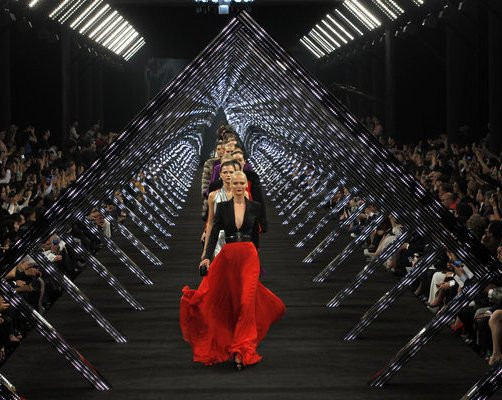 Iconic fashion houses Hugo Boss and Armani have both recently illustrated their desire to capitalise on China’s growing luxury sector by hosting fashion shows in the country’s capital Beijing.

The Exhibition Center was set up with a 1, 170 foot runway whilst stark LED beams were also erected to display the items in the collection – “Modern Luxury” being its theme – in all their glory.

Over 1,500 guests, many of them high-profile, were in attendance at the event which also saw Hugo Boss announce that renowned Chinese actor Chow Yun-Fat would be the first model for Asia’s Boss Selection advertising campaign.

Less than two weeks later, Italian brand Armani descended upon Beijing’s art district for a gala, attended by some 1,000 guests, for a “One Night Only in Beijing” fashion show.

In total more than 100 designs – displaying looks for men and women from three different collections – were showcased at the event.