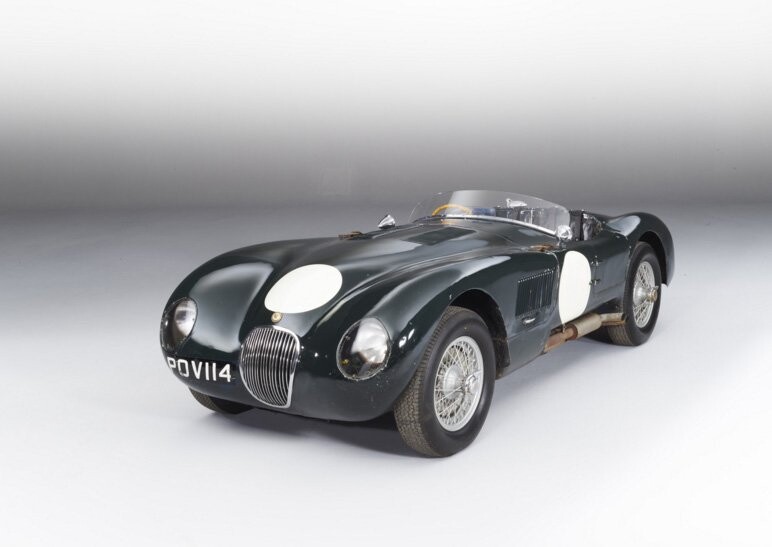 Iconic Jaguar C-Type to be Sold at Bonhams Monaco Auction

Among the 40 motorcars to feature at Bonhams’ inaugural Monaco Sale this May will be the world’s finest as-original, running, long-term preserved 'time-machine' Jaguar C-Type.

In 1955, this outstanding example of Jaguar's double-Le Mans-winning XK120C design was registered under chassis number ‘XKC 011’, and was sold ex-works to the Dunlop Rubber Company. It survives today in essentially identical specification.

The car was acquired by the Griffiths family in 1963 and is to be offered at Monaco direct from this self-same ownership.

The preceding history of Jaguar’s works team car ‘XKC 011’ includes races at the 1952 Le Mans 24-Hours, the 1953 Mille Miglia and Targa Florio, plus a race win at Goodwood, when driven by such Jaguar stalwarts as Sir Stirling Moss, Major Tony Rolt and Peter Walker.

James Knight, Group Motoring Director of Bonhams, said: “Bonhams has been assisted in its investigation regarding this famous Jaguar C-Type by a wealth of experts.

“While officially sold by the Jaguar factory as 'XKC 011', the histories of ‘011' and ‘047' - which became intertwined during the preceding 1954 Le Mans race period – have baffled any number of Jaguar enthusiasts and historians over the years.

“These recent collective efforts - most notably with the total support of the long-term owner - are getting closer to unlocking this exciting mystery in this gloriously-preserved old war-horse’s very early life.”