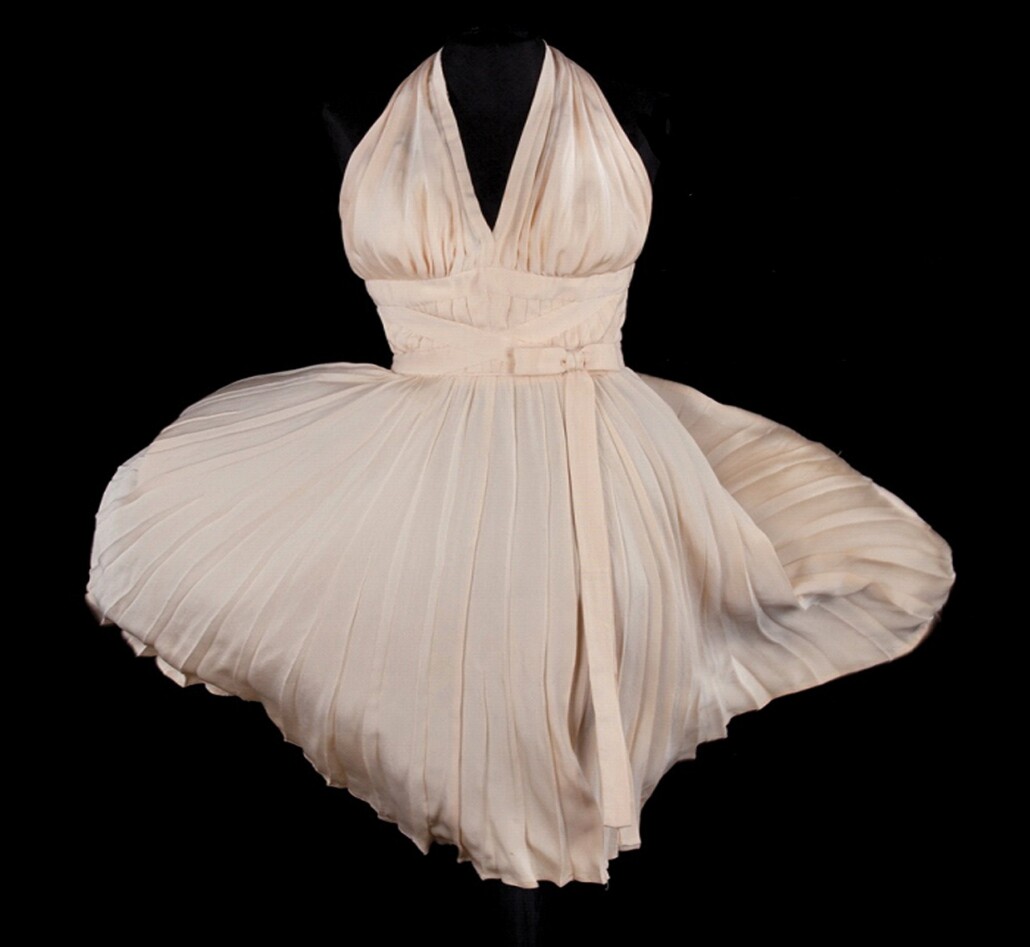 The famous white dress worn by Marilyn Monroe in the 1955 movie “The Seven Year Itch” has been sold at auction for $4.6 million.

The pleated ivory dress, which flutters under the iconic star as she stands on a subway grate in the film, had been expected to fetch between one and two million dollars at the Hollywood memorabilia auction, held by actress Debbie Reynolds.

Reynolds was reported to be in tears as the sale was closed, as she parted with her collection of some 3,500 items of memorabilia she had amassed over four decades.

Now cream coloured due to ageing, the “subway” dress became part of one of the most famous images of the 20th century. Reynolds acquired the dress in 1971 when she bought all of Monroe's wardrobe as it was off-loaded by the studio 20th Century Fox.

The entire sale, which included other items of Monroe clothing, was valued at $22.8 million, according to Nancy Seltzer, a spokeswoman for auction house Profiles in History.

Among the other items sold were the racing clothes worn by Elizabeth Taylor in the 1944 film "National Velvet", which went for $60,000, as well as her headdress from "Cleopatra".

A dress and a pair of ruby slippers worn in a screen test for "The Wizard of Oz" by Judy Garland sold together for $1.75 million, whilst Charlie Chaplin's bowler hat, as worn in “The Little Tramp” and other films, went for $135,000.