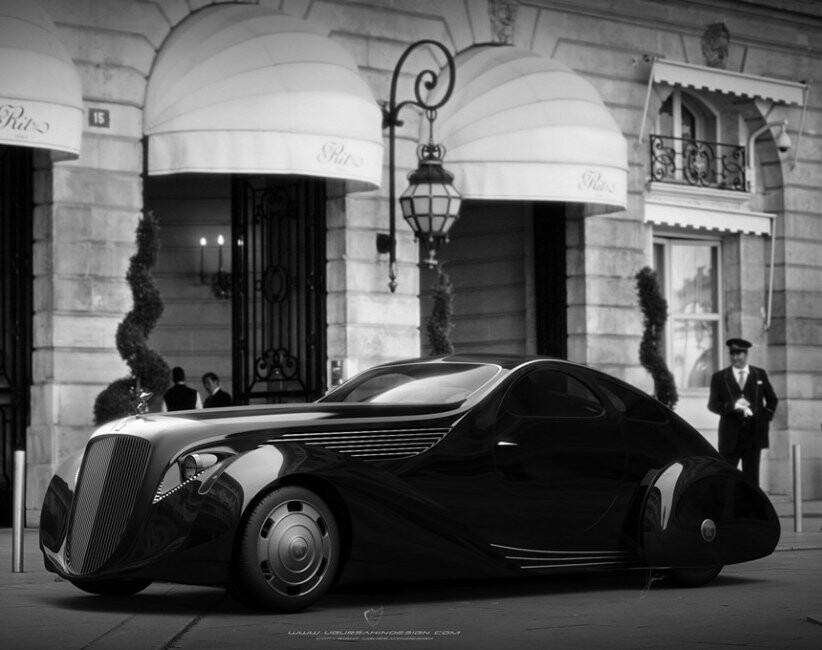 An iconic 1935 Rolls-Royce has been given a contemporary revamp by Turkish designer Ugur Sahin.

The Rolls Royce Jonckheere Aerodynamic Coupe was designed in 1935 by Jonckheere Works in Belgium but the factory that produced it was destroyed during the Second World War.

Now Ugur Sahin and his Netherlands-based design agency have turned their hand to recreating a concept version of the classic model, complete with striking embellishments.

The overall shape of the car has been retained, including its famous ‘round door’, but some modern elements have also been implemented such as a larger front grille and LED daytime-running lights up front. Additionally, the fin at the rear of the car has been downsized.

Ugur Sahin is currently looking for investors to help him turn the concept into a one-off model.

The original car is currently on display at Petersen Automotive Museum in Los Angeles, US.