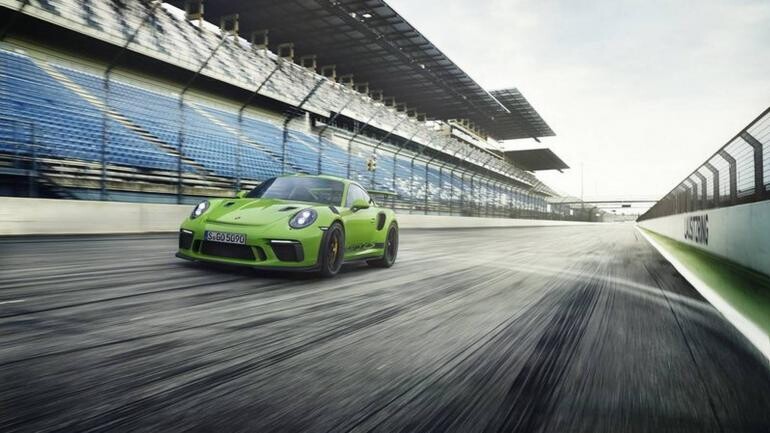 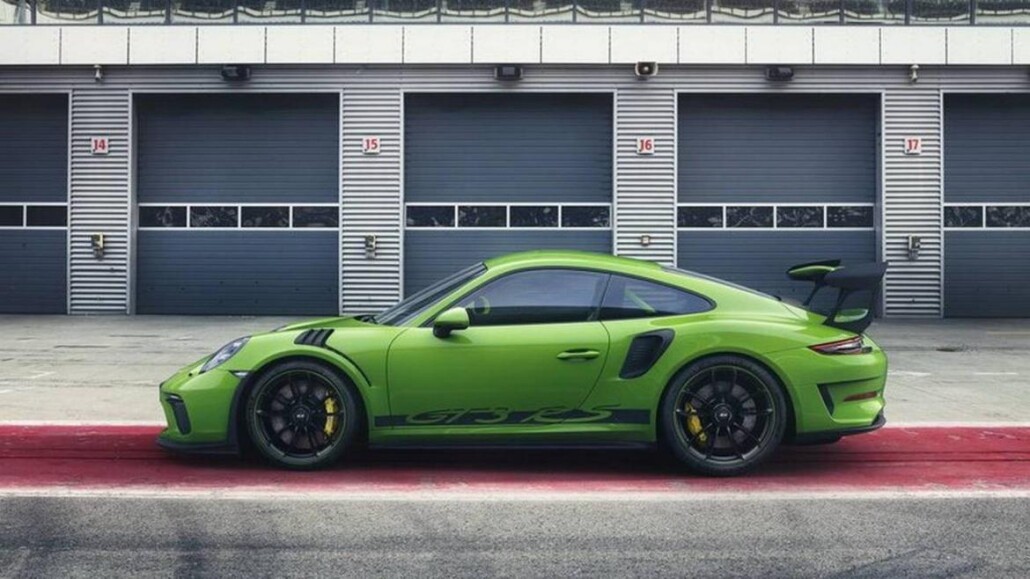 Ahead of its Geneva Motor Show debut next month, the eagerly awaited new Porsche 911 GT3 RS has been revealed online thanks to a series of leaked images.

Billed as the most powerful naturally aspirated Porsche ever made, the car is expected to be the final model from the current generation of 911s.

It features a 4.0-litre flat-six engine, with power hiked from its predecessor by 20 more horses to a new total of 520hp and a retuned engine now revving to a maximum of 9000rpm.

Thanks to this extra horsepower, the new GT3 RS has cut a tenth of a second from the 0-62 mph, which now takes only 3.2 seconds. It also has a higher top speed of 194mph.

In terms of styling updates, the car boasts slightly updated front and rear bumpers along with modified rear wing. The rear-wheel-steering system has also been worked upon to improve its performance.

Additionally, it will come fitted with a new set of wheels measuring 20 inches up front and 21 inches in the rear, while Porsche will also offer an optional Clubsport package at additional cost that will add six-point seat belts, a fire extinguisher, and aluminium roll cage.

The GT3 RS will make its world debut in Geneva, when pricing will also be announced.