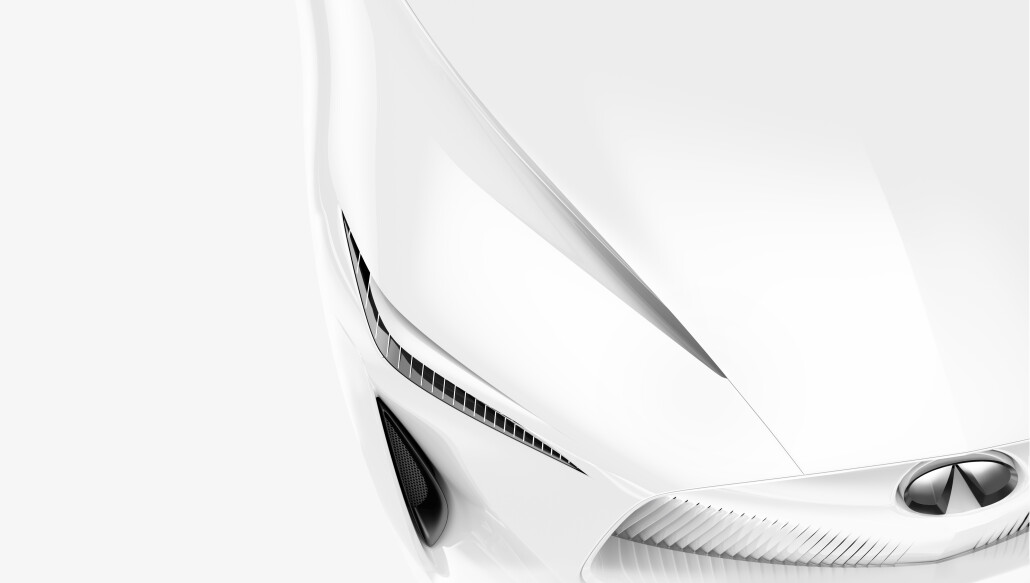 Infiniti, the luxury vehicle division of Japanese automaker Nissan, has released a teaser image of a new concept car due to have its world debut at the North American International Auto Show in Detroit later this month.

The concept, which will debut at the show on 15 January, previews a new generation of Infiniti vehicles and represents the first manifestation of a new Infiniti form language, featuring a long cabin, balanced proportions and muscular stance.

Karim Habib, Infiniti’s Executive Design Director says the new concept car will take the traditional saloon architecture to its next stage of evolution.

“A shift towards smarter, more compact and less intrusive powertrains, we were able to create an alternative form with flowing gestures, more engaging in character and more enriching in experience,” he said.