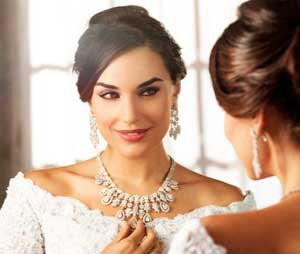 The 2013 International Jewellery and Watch Show comes to Abu Dhabi this week, with thousands of visitors expected to attend the high-profile Middle East event.

For five days, over 120 exhibitors from 20 countries, including Italy, Brazil, Singapore, China, Japan, Turkey, the UK and the USA, will be showcasing their latest jewellery and watch designs at the Abu Dhabi National Exhibition Centre.

Amongst the highlights of the event will be the unveiling of several gemstones put forward by designers competing for the first Emirati Jewellery Designer Awards (EBDA'A). The winners of the awards will be announced on March 16.

Asma Bennani, General Manager of Mansour Jewellers, said: “We are really delighted that the show has taken such an initiative this year, we are keen on contributing to the development of the young talents who wish to pursue a career in the jewellery industry.

“We are so excited to see the outcome of the participants’ designs, which can translate into actual innovative products.”

The 2013 International Jewellery and Watch Show will run from 14th – 18th March.