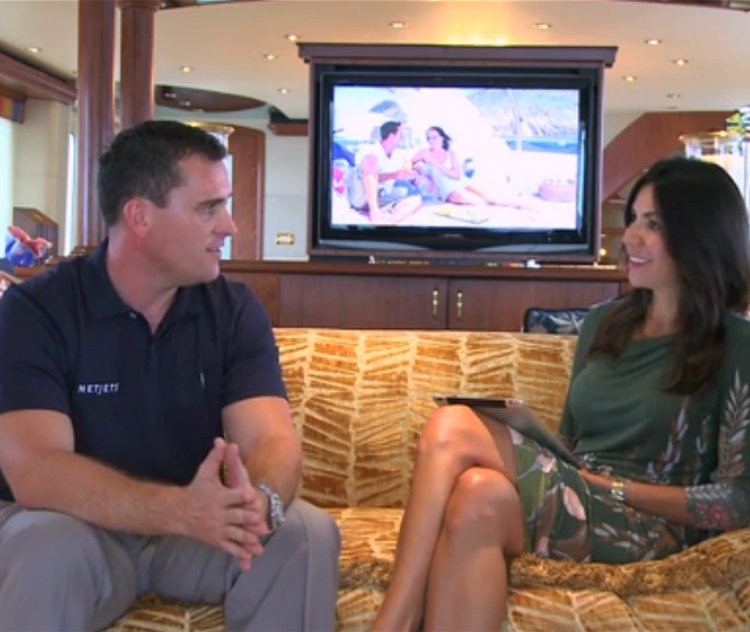 Interview with Cory Valentine of NetJets

The popularity of fractional ownership is growing by the minute, as people with means becoming increasingly aware of the financial and practical benefits of having access to planes, boats and homes, without the inconveniences of having to maintain them.

In 1986, fractional private jet ownership company NetJets was founded by Richard Santulli, becoming pioneers in the fractional ownership revolution. Today NetJets - owned by Warren Buffet's Berkshire Hathaway multinational since 1998 - has a fleet of more than 650 planes around the US, ready to collect its customers at just a few hour’s notice, and whisk them off to wherever they please.

Superyachts.com sat down with Cory Valentine of NetJets at last week’s Fort Lauderdale International Boat Show to discuss the company’s stratospheric rise, the benefits of fractional jet ownership to customers, and the synergy between private boats and planes.

“NetJets is the largest private aviation company in the world,” he said. “Basically what we offer is the service and benefits of owning your own aeroplane, but you don’t have the hassles, such as when it’s down for maintenance, or dealing with anything that goes along with owning your own plane, or boat obviously!”

He continued: “The reason why people prefer NetJets, rather than owning their own aircraft, is the benefit of only paying to get to the spot you’re going to, whereas if you own your own plane you’re bringing it back to wherever your home is based and you’re paying for both legs.

“With NetJets you’re able to go to the destination, stay for a day or for six months and it doesn’t matter. We’re bringing another aircraft in for you and you’re not paying for that time.”

“We operate 14 different aircraft type,” he said, “anywhere from a 7-seater that would be your small Hawker 400 Citation Encore up to the mid-cabin aircraft doing coast to coast type travel.

“We actually unveil our first global 6000 made by Bombardier this Sunday so it’s a very exciting time.”

What about the synergy between superyacht owners and people that fly privately?

“The biggest benefit clearly is starting your vacation when you get on the aeroplane,” he said, “not after your land. Getting on a Gulfstream or Citation Sovereign or whatever it is to get to the island that the boat is currently at, you get on the plane and everything starts from there rather than five hours from there when you get to your destination, or 10 hours after delays.”

How does he feel people’s attitudes to fractional ownership are changing?

“And it’s similar with a yacht, one family might want to go to different destinations. So having access to 600 aeroplanes across the country is one of the biggest benefits because you don’t need to have a scheduling conflict with a friend. Obviously it’s stretched to homes and other assets throughout the last couple of years and NetJets is definitely credited to having starting the industry.”

Finally, what is the craziest request NetJets have ever received?

“There’s a lot of animals that fly on our aircrafts,” he said. “I have many customers that fly with us only because of their dogs. They’d fly commercially when it’s just them and their wives.

“Once there was a dog flying by itself, with no humans, and they needed a piece of grass for the dog on the aircraft to go to the rest room while it was on the aircraft, which was rather interesting!"