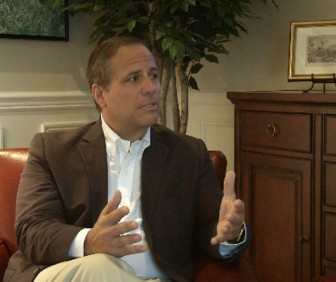 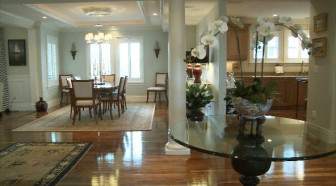 The views from the 16 condominiums that comprise the Vanderbilt Residences in Newport, Rhode Island, never cease to captivate.

Overlooking Newport’s picturesque harbour, the ultra-luxury apartments have been a resounding success since they were completed last year, fulfilling the vision of renowned real estate developer Joseph R. Paolino who purchased the original land back in the 1980s. Out of the 16 residences, just 5 remain unsold.

During a visit to Newport last week, Superyachts.com sat down with Joe Paolino Junior, son of Joseph and now owner of Vanderbilt Residences, to talk about what makes the area and the properties so special. Appropriately, we did so in one of the few Vanderbilt apartments left to purchase.

A former mayor of the City of Providence, as well as United States Ambassador to the Republic of Malta, Mr Paolino already has an impressive back-story. But it is his family background that led him to where he is today.

“I guess I have a passion – I’ve always had that in my blood.”

When the land was originally bought by Mr Paolino's father, it was a vacant parking lot with sparse surroundings and no marina in sight. Three decades and much wrangling over permits later, the Vanderbilt Residences were complete. For yachters, the Marina at Brown & Howard Wharf, with its capacity to accommodate the very largest vessels, adds significantly to the appeal.

So what else gives the properties and the area as a whole such a magnetic pull? Perhaps the key lies in Newport’s status as, in Mr Paolino’s words, “The Monaco of New England”.

“When people come down here, their eyes just open up,” Mr Paolino said.

“We have new people coming every day with their boats and it’s amazing to see their reaction when they come into the Vanderbilt Residences.”

He added: “It’s very easy – you’re right in the middle of downtown, but on the waterfront. The restaurants in Newport are fantastic, you can walk everywhere.”

“You can just walk right out and you’re on top of your boat, there’s not as much traffic as you’re gonna get in the Hamptons or Nantucket, it’s not so much of a squeeze as it’s more opened up. It just works.”

Mr Paolino was also keen to point out that the success of Vanderbilt Residences has been the result of a team effort. He describes his business partner, the entrepreneur Peter de Savary, as “a really special person”, and credits him for much that he has learnt since the venture began.

The proof, of course, is in the pudding, and with just five apartments left there can remain little doubt that the Vanderbilt Residences will go down as one of the great real estate success stories of recent times.