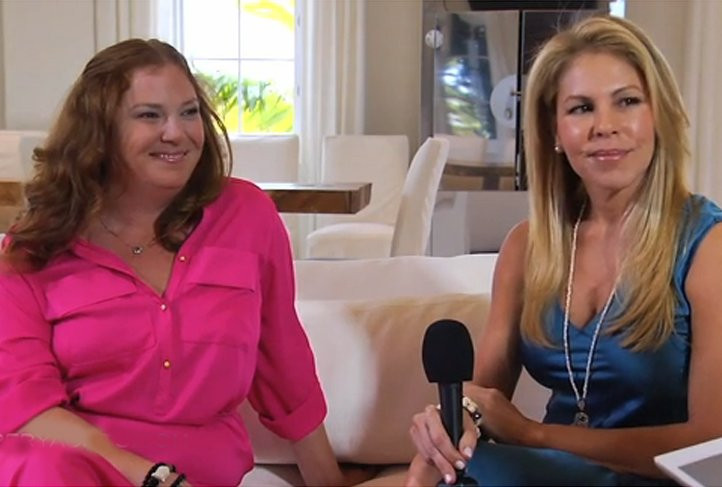 Within three years the company grew to six offices and 250 associates and is now one of the most highly regarded property and real estate companies in the world.

Superyachts.com’s Shari Liu sat down with Mercedes Saewitz and Ileana de la Torre of ONE Sotheby’s at the recent Miami Boat Show to discuss some of the company’s current listings, and the challenges it faces in the current economic climate. You can view the full video interview above this article.

Shari Liu: Today we’re sitting in the jewel of Altos Del Mar, the luxury waterfront community situated on Miami beach, and this home we’re in is $14.9 million, 6 bedrooms and 3 floors. Can you start by telling us what you think are some of the key essentials of a luxury property?
Ileana de la Torre: Well I would say what makes a home a luxury home would be its location, whether it’s on the water, not on the water, whether we have a gated community, the finishes, the craftsmanship, access to great schools, restaurants, museums. I think that’s what makes a home a luxury home and also the unique experience an owner has in that home.

SL: Can you please tell me a little more about the history of Altos Del Mar and the specifics of the community?
Mercedes Saewitz: The history of Altos Del Mar is quite interesting. It was founded by the Tatum Brothers in 1919 – they were a local real estate company and developers and they were the original plotters of the property. Our current owners bought 13 parcels in 2003 and started developing these beautiful homes – one we’re sitting in today. And they have built, to date, four dryfront homes which are on the other side of the area we’re sitting in now, and two waterfront homes which range from $10.9 million to $14.9 million.

SL: Other than Altos Del Mar, are there any other star properties that you’d like to mention?
MS: Well anything on North Bay Road. If you’re buying in the local Miami Beach market it’s pretty much on fire right now, since December 1st 2012 – so we’re going approximately 75 days back – it has sold 100 properties over $100 million just on Miami Beach. And that’s a combination of condos and residences, so as you can see it’s a very hot market right now. It’s constantly evolving.

SL: How many lots are there in Altos Del Mar right now?
MS: Twenty-four.

SL: And how many existing homes?
MS: Sixteen. We’ve sold three homes, one lot. And still to go we have two lots and two homes.

SL: How challenging has this been with the changing market since 2008?
IT: Challenging is the correct word. It’s been quite difficult, and I think what we as realtors have had to do is think outside the box. We’ve had to reinvent ourselves in how we market ourselves, and how we sell homes, and what we’ve done is really improve our advertising and marketing skills.

We’ve turned to social media which has been great because it is free advertisement. Back in the days of 2005 when you had people lined up outside to buy a condo, it’s over and done with. Hopefully we’re starting to see that again but we have had to reinvent ourselves, do a lot of strategic planning and have more events. Instead of people reaching out to us we’ve had to think of ideas of how to reach out to them.