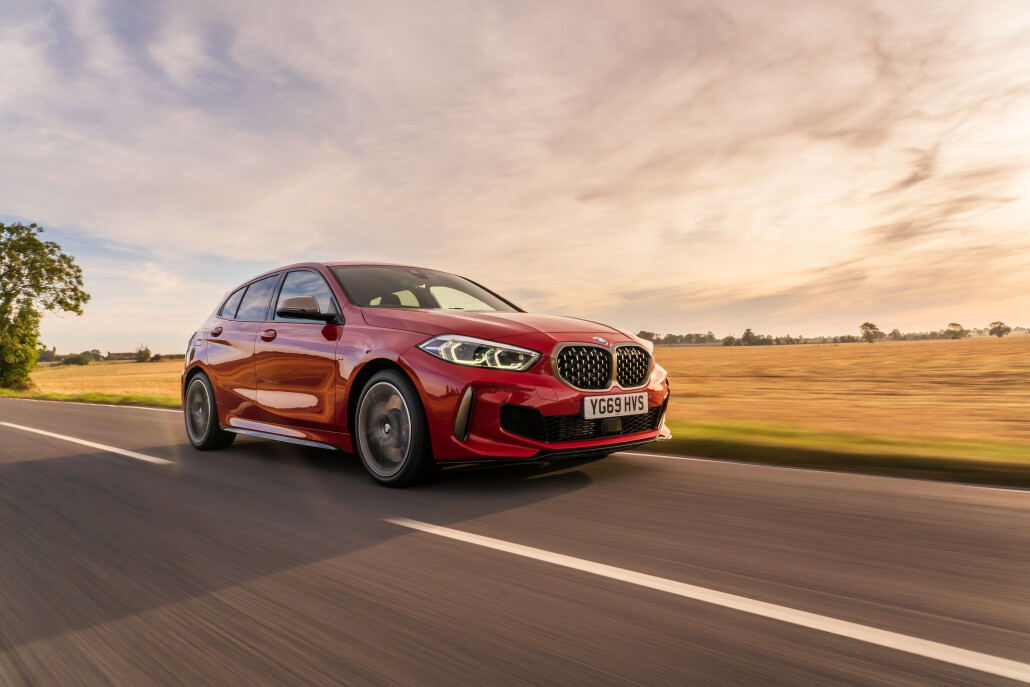 German luxury carmaker BMW have unveiled their all-new 1 Series model, billed as heralding the dawn of a new era for the world famous marquee.

The all-new model features a shorter bonnet and significantly more space than its predecessor, and there have also been a number of design changes including a new standard LED headlight arrangement, a more wedged shaped silhouette and a pronounced ‘shark nose’.

At the front, the BMW kidney grille is larger and, for the first time in this model range, the kidneys merge in the middle. It also features a distinctive grille with a mesh design instead of the classical bars.

Viewed from the side, the 1 Series features a distinctive window graphic enhanced by two character lines. One runs below the door handles from the front wheels to the rear wings, while the other starts in the lower part of the front door before lifting towards the rear quarter.

The new 1 Series is powered by three-cylinder and four-cylinder engines with a choice of three diesel and two petrol engines at launch.

The BMW M135i xDrive will be available for delivery from late September with prices starting from £24,430.