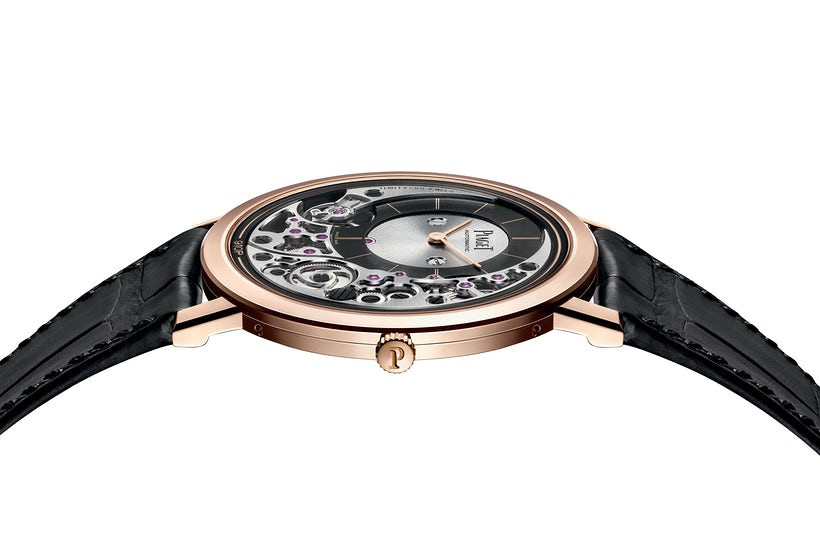 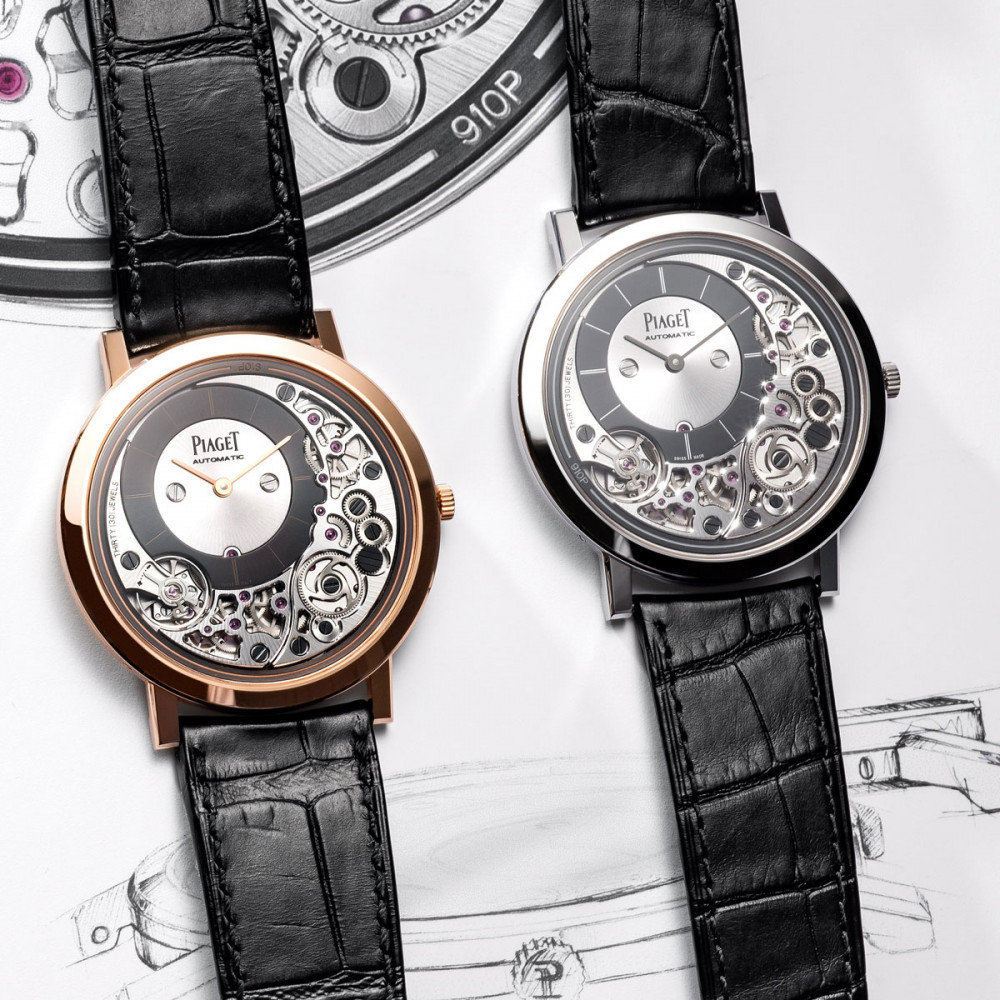 In the year of its 60th anniversary, historical Swiss watch brand Piaget has unveiled the new Altiplano Ultimate Automatic ahead of it official global debut at the SIHH watch fair in Geneva, which kicks off in the middle of January.

Most notably, the timepiece is billed as helping the luxury watchmaker reclaim the title of world’s thinnest hand-wound watch.

At this year’s Baselworld show, Bulgari took the mantle from Piaget with the Octo Finissimo Automatic, which came in at 5.15mm thick. That was an improvement of 0.1mm from the previous record set by Piaget in 2011.

However, this time round, Piaget has broken the record by some distance with the new Piaget Altiplano Ultimate 910P measuring an incredible 4.3mm in thickness.

The piece draws its inspiration from the Piaget Altiplano 38mm 900P, which was released in 2013 and held the world record for the thinnest mechanical watch for two years. By contrast, the Altiplano Ultimate 910P has a 41mm wide case and will be available in a choice of either 18-karat white or pink gold.

Both versions are paired with black alligator leather straps and matching gold pin buckles. The movement powering the watch is the Caliber 910P which is made up of 238 components, beats at 3Hz, and has a power reserve of around 50 hours.

Some of the wheels, including the additional transmission wheel held by a pivot in the chapter ring, measure just 0.12mm high.