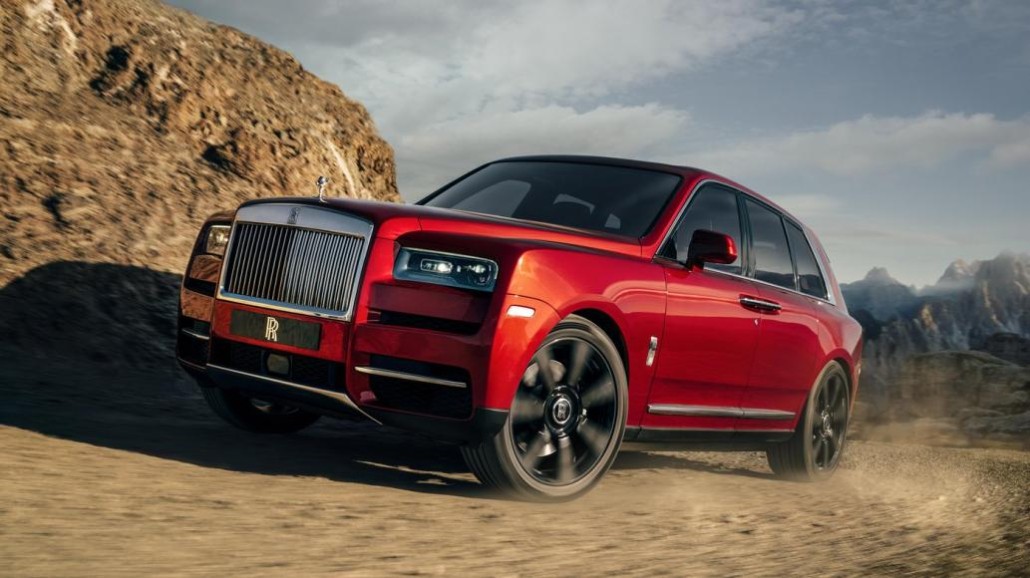 After months of anticipation, including several teasers and spy shots released online, the eagerly awaited Rolls-Royce SUV has finally been unveiled.

Billed as the world’s most luxurious and most expensive SUV, the Rolls-Royce Cullinan is the British luxury carmaker’s first ever SUV in its 112-year long history.

It was three years ago when CEO Torsten Muller-Otvos announced that Rolls-Royce was planning an SUV, following requests from buyers who asked for a high-bodied alternative to its Phantom model.

Named after the world’s largest raw diamond, which was unearthed in South Africa over a century ago, the Cullinan is the second model in the carmaker’s line-up to be built on its all-aluminium “Architecture of Luxury,” with the recently unveiled Phantom VIII being the first.

It uses components reconfigured into a spaceframe, which should deliver “extraordinary car body stiffness for exceptional ‘best-in-class’ functional performance.”

The Cullinan comes fitted with a self-levelling, adapted version of the computer-controlled self-levelling air shocks Rolls-Royce uses on its other models. This system makes millions of calculations every second to adapt itself to the road.

The car is powered by a 6.75-litre, twin-turbocharged V12 engine, which produces 562 horsepower and 627 pound-feet of torque, with the power sent to all four wheels through a ZF automatic gearbox. The top speed is electronically limited at 155 miles per hour.

“Today we are setting a new standard by creating a new class of motoring and motor car for customers who are well-connected, highly mobile and have a global perspective,” says Peter Schwarzenbauer, chair of Rolls-Royce and member of the board of BMW Group.

“They want a new type of motor car that gives them unbounded access in ultimate luxury.”

The Rolls-Royce Cullinan will arrive in the US at the beginning of next year, with a starting price of $320,000.