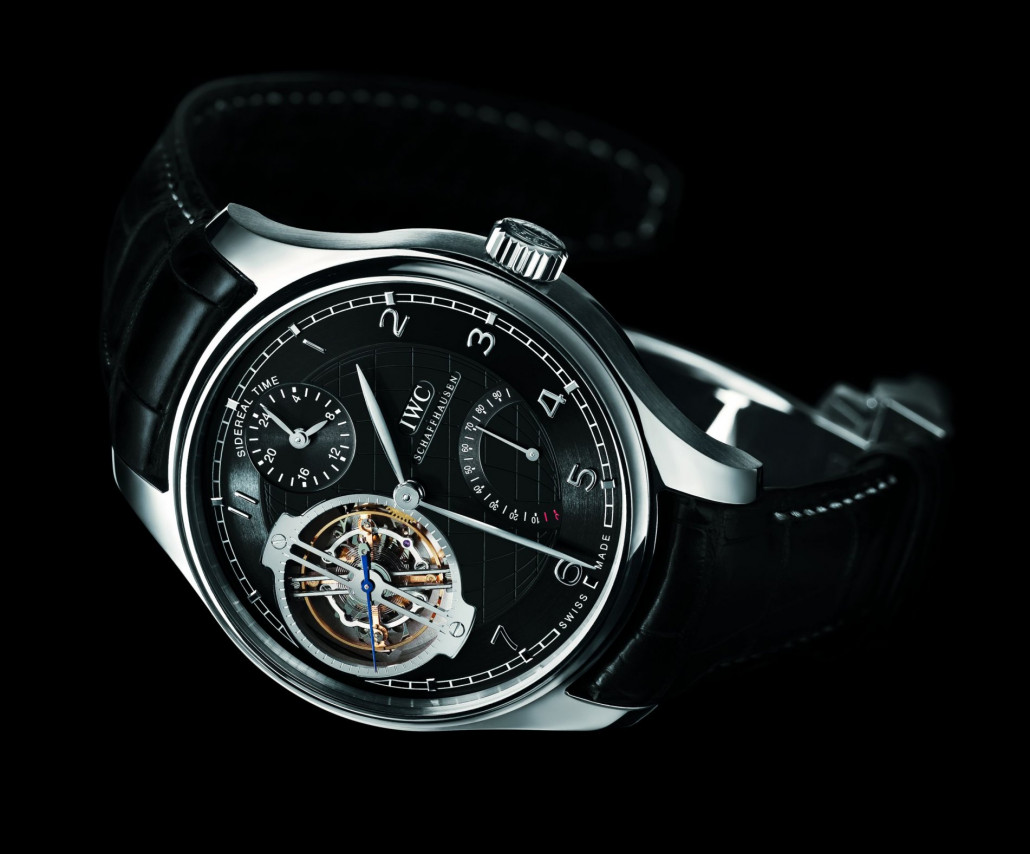 IWC Timepiece The Fruit of A Decade’s Work

IWC have announced details of a new, customised timepiece said to have taken 10 years of research to create.

Unveiled recently at the Paranal Observatory in Chile, the Portuguese Sidérale Scafusia is inspired by astrology – and is named after the term ‘sidereal time’, which is known to astrologers as the true earth time in terms of its rotational standpoint.

It is billed as the most complicated watch that the historical Swiss watch-maker has ever produced.

The watch comes in a box containing a special crown winding mechanism ensuring that it is always powered. Other notable features include an IWC Calibre 94900 movement and a large open tourbillon on the dial, comprising new technology that increases the rate of reliability in the movement.

On the back of the watch the astronomy data is displayed as well as a small perpetual calendar. A large astrological chart is based on a specific sky location which can be chosen by the watch’s owner framing a small section of the night sky. IWC claims the chart can display the actual position of between 500 and 1,000 stars.

IWC says that the watch can be customised with up to 200 combinations, including variations in case materials, polishes, straps, and dials.

The IWC Portuguese Sidérale Scafusia is expected to be priced at around £530,000 (€608,000), depending on customisation.