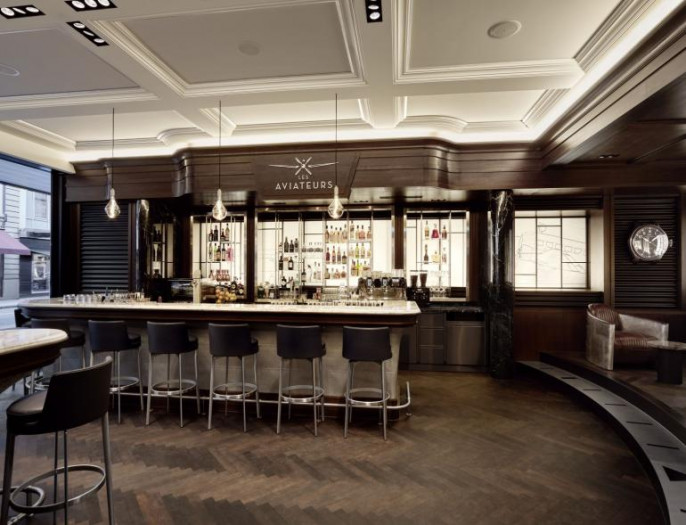 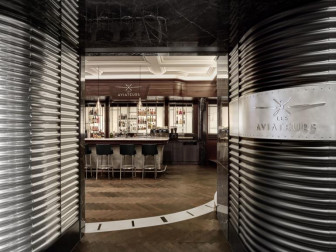 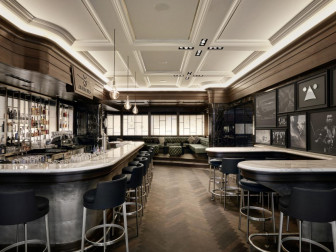 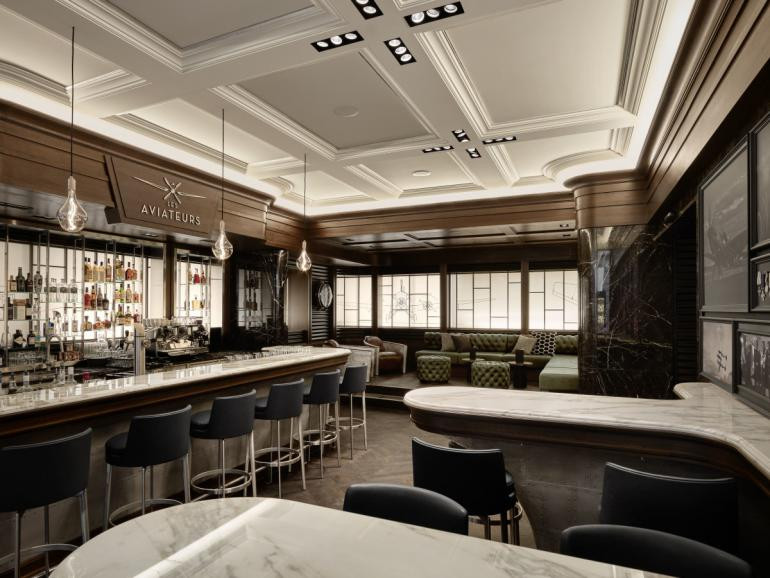 Historic Swiss watchmakers IWC have made an unlikely diversion by opening a unique boutique and bar space in the heart of Geneva.

Designed in the style of an exclusive gentlemen’s club, the venue is called “Les Aviateurs” and has been created in partnership with the department store Globus.

The design for the bar incorporates dark wood and leather, and the interior is reminiscent of the legendary gentlemen’s clubs from the 1920s and 1930s.

Careful attention has been given to the furnishings and décor and there are several historical details such as original photos or maps which transport guests back to the captivating era of aviation pioneers.

On the drinks menu are creative cocktails inspired by IWC’s Pilot’s Watch collection, such as the “R. J. Mitchell”, named after the designer of the Supermarine Spitfire, and the “Rose”, in honour of the rose motif from Antoine de Saint-Exupéry’s story “The Little Prince”

Next door to the bar is an IWC boutique selling the items that the brand is better known for – beautiful luxury watches.

Founded in 1868, IWC have grown to become one of the world’s most famous high-end watch brands.