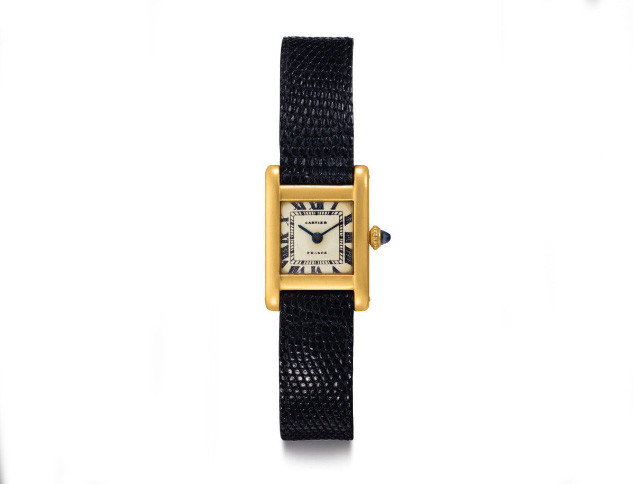 Jackie Kennedy’s 1962 Cartier Watch to be Sold at Auction

A watch once owned by the late Jackie Kennedy, the iconic former First lady of the United States, is to go under the hammer at a Christie’s auction in New York next month.

The 18-karat gold timepiece, which is expected to fetch up to $120,000 will be sold as part of the Christie's Rare Watches and American Icons auction.

Featuring a design that was first created 100 years ago by Louis Cartier, founder of the world renowned French jewellery house, the watch was a gift to the then Mrs. Kennedy in 1963 by her brother-in-law Prince Stanislaw Radziwill.

The square-shaped watch features a sapphire-set cabochon crown and carries an engraving which reads "Stas to Jackie 23 Feb. 63 2:05 am to 9:35 pm." The noted times refer to the beginning and end of a 50-mile hike that her brother-in-law participated in after being challenged by White House staff.

Despite having not participated in the hike herself, Onassis wore the inscribed watch for many years and returned the generosity to Radziwill by creating an original painting that will be offered as part of the lot. The watercolor — painted by the then 33-year-old first lady — depicts Lee Radziwill's late husband on the trek alongside Kennedy adviser Chuck Spalding with a personal dedication: "February 23, 1963 2:05 am to 9:35 pm/Jackie to Stas with love and admiration."

"These two objects capture the spirit of another era, a time where friendship and the 'can-do' optimism of the generation seemed to make anything possible," says Head of Christie's Watches John Reardon. "In this spirit, the consignor has offered to donate a portion of the proceeds to the National Endowment for the Arts."