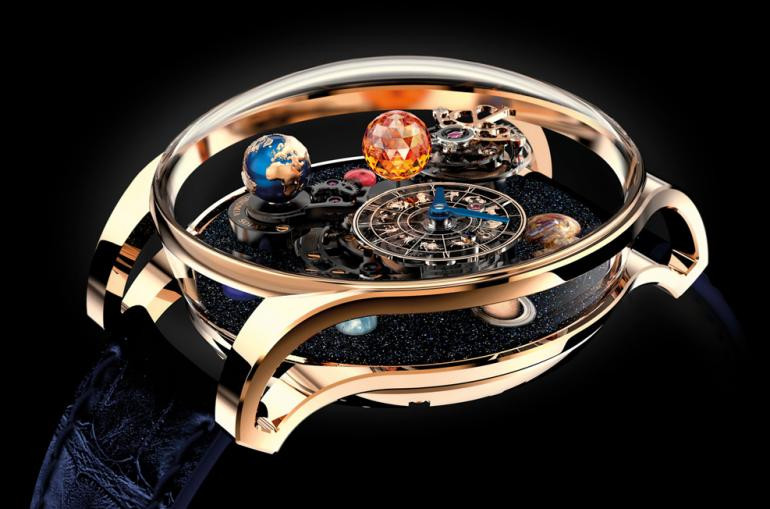 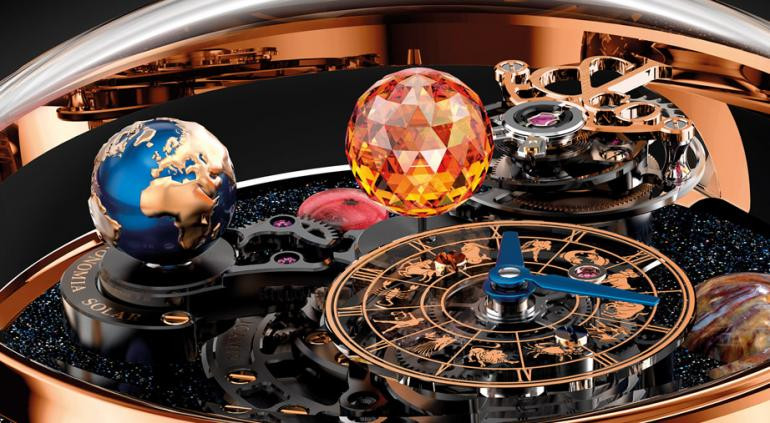 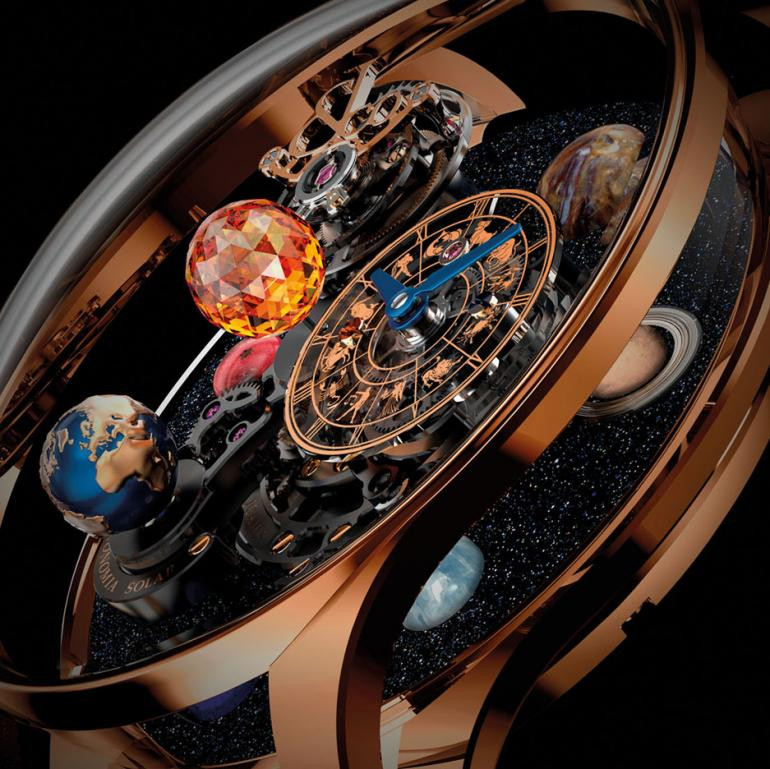 Jacob and Co Astronomica Watch Inspired by the Solar System

American jewellery house Jacob & Co has unveiled a stunning new timepiece that pays tribute to planet earth and its place in the solar system.

Named the ‘Astronomia Solar’, the timepiece, which debuted at the Baselworld fair which closed last week, showcases all eight planets in the solar system on its dial, with the sun at the centre taking the form of a 1.5ct citrine with the 288 facets of the patented Jacob Cut.

The hand-engraved Earth rotates about its own axis once every 60 seconds and completes one full revolution of the dial in 10 minutes, as do the subsidiary hour and minute dial and a one-minute flying tourbillon.

The watch is powered by the in-house built new JCAM19 movement, which according to the watchmaker took more than two years to research and develop. The hand-wound movement’s 439 components rotate non-stop bi-directionally - helping move the solar system perpetually.

Other notable features of the Astronomia Solar include a crocodile leather strap and 18-karat rose gold folding clasp.

At the SIHH watch fair earlier this year, Jacob & Co unveiled the Astronomia Flawless, priced at a cool $1 million.

Founded by Jacob Arabo in 1986, Jacob & Co. has grown to become one of the world’s most renowned jewellers and watchmakers for men and women.