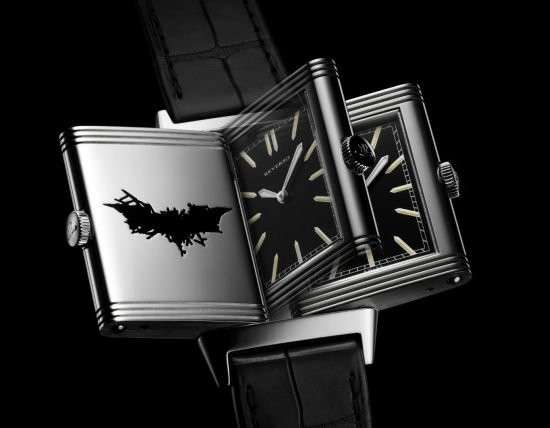 Swiss luxury watch-makers Jaeger-LeCoultre have created a new timepiece in tribute to the brand’s iconic Reverso watch originally launched in 1931.

The steel watch has also been launched to coincide with the release of "The Dark Knight Rises" - the latest instalment in the Batman movie franchise - and features an engraving of the iconic Bat-shield on the distinctive reversed case of the timepiece.

Featuring 50 patented components, the watch's swivel case allows the wearer to toggle between the watch face or its steel case on the flipside.

Jaeger-LeCoultre have enjoyed a long affiliation with the film versions of the iconic comic book superhero, having first featured in ‘Batman Forever’ starring Val Kilmer who was seen in the movie wearing a Reverso Grande Taille sporting a Batman logo on its solid case-back

In the latest movie, actor Christian Bale takes up the role of Batman - aka Bruce Wayne - and wears a gleaming Jaeger-LeCoultre Reverso Grande Date timepiece.

The new Grand Reverso Ultra Thin timepiece will be available to purchase from Jaeger-LeCoultre boutiques in Geneva, London, L.A., and Hong-Kong. An official price has not been announced.