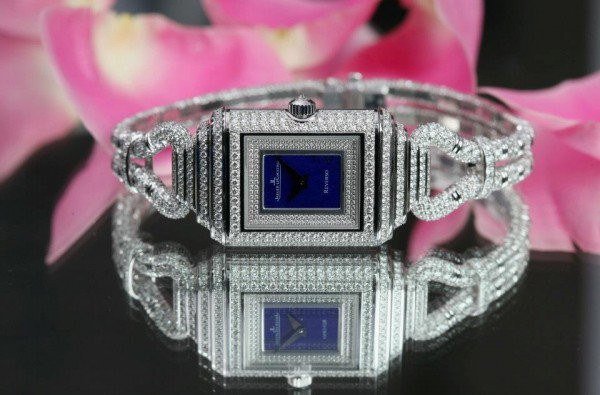 In the year of their 180th anniversary, Swiss luxury watch brand Jaeger-LeCoultre have created a stunning new timepiece containing a grand total of 1,250 diamonds.

Other notable features include a front face set with diamonds and a back face sporting deep blue.

The lavish timepiece has also recently received a celebrity endorsement with actress Diane Kruger – a Jaeger-LeCoultre ambassador – wearing the commemorative watch in New York for a preview showing of the ‘Reinvent Yourself’ promotional film for the Swiss watch brand.

Discussing Kruger’s role as a brand ambassador, Jaeger-LeCoultre said she has “consistently led each moment of her life with confidence and determination, continually reinventing herself while preserving the full force of emotions, of graceful charm and of elegance.”

Founded in 1937, Jaeger-LeCoultre has grown to become one of the world’s most renowned makers of luxury watches.

The price of the Reverso Cordonnet Duetto special edition is available on request.