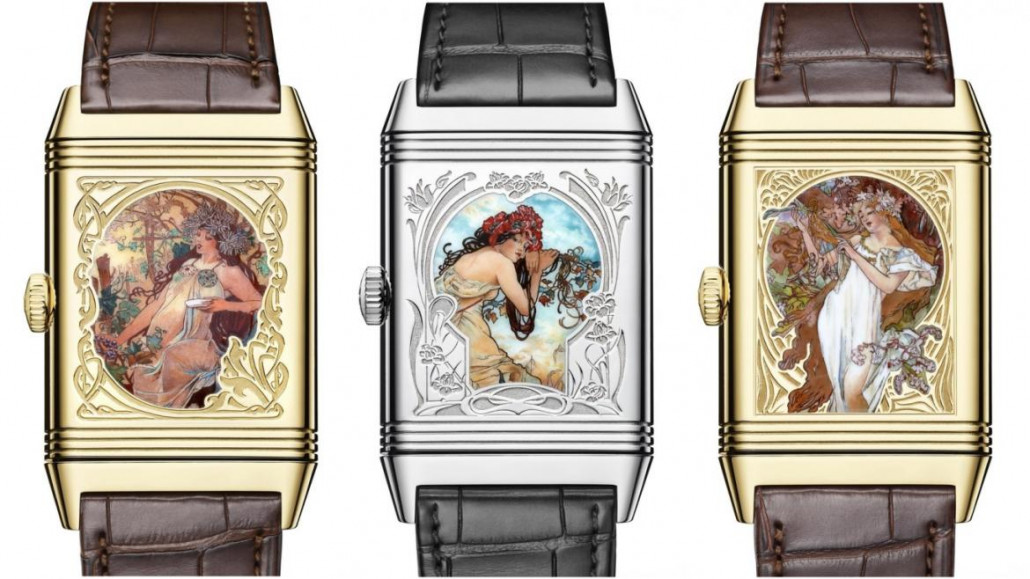 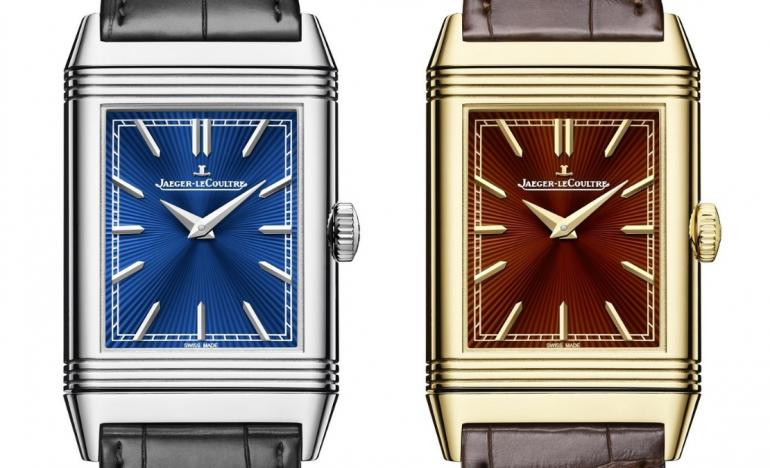 To enhance the art of enamelling and engraving, mastered in the watchmaker’s workshops, Jaeger-Lecoultre had the idea of giving its hugely popular Reverso pieces two faces revealing a work of art.

The front has a finely hand-guillochéd dial, covered in translucent Grand Feu enamel, while the rear is used as a canvas for tiny reproductions of famous artworks.

The watchmaker took inspiration from “The Seasons” – the artist’s emblematic 1896 series of decorative panels. To achieve this, Jaeger-LeCoultre artisans scaled down the original painting, entirely enamelled by hand.

Engraving took 30 hours, while enamelling was done over 70 hours, bringing the total to 100 hours of work per piece.

It is not the first time that the watchmaker has used Mucha’s works to decorate the Reverso. In 1996 came the Reverso “Les Saisons”, in 1999 the “Pierres Précieuses” Reverso, and in 2001 Jaeger-LeCoultre released the Reverso “Clair de Lune” appear – all featuring Alfons Mucha’s works.

Each of the three versions of the new Enamelled Reverso timepiece is strictly limited to only eight examples.

Founded in 1937, Jaeger-LeCoultre has grown to become one of the world’s most renowned makers of luxury watches.