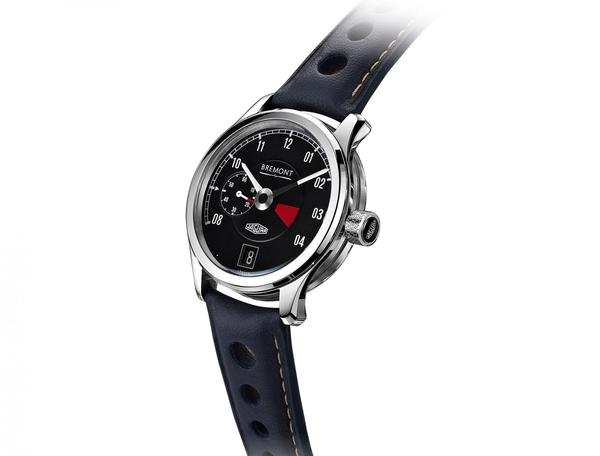 Called the MKI and the MKII, the latest creations follow the design of six Bremont chronometers which complement each of the six ‘continuation’ lightweight E-type sports racing cars currently being built by Jaguar Land Rover Special Operations.

The new 43mm watches feature design inspired by the Jaguar E-type sports car, which at its 1961 launch was the fastest production car in the world but and, considered by many, the most beautiful.

“Like the Bremont watch we designed to complement the Special GT, or ‘Lightweight’ E-type continuation cars, the MKI and MKII pieces had to capture the spirit of what is undoubtedly one of the most iconic sports cars of all time in a subtle and intelligent way,” says Jaguar Director of Design Ian Callum.

“The result is a pair of watches which subtly relay some of the codes of the E-type, but which are also easy to recognise as having been created with the car in mind. They simply look absolutely right when you wear them in the driving seat - almost as if they had been designed alongside the car back in the ‘60s.”

Notable features of the MKI include a striking automatic winding weight in the form of an exquisite miniaturisation of a three-spoke E-type steering wheel, complete with the iconic Jaguar ‘Growler’ face in its centre.

The MKII, meanwhile, comes with a black dial carrying the Jaguar heritage logo above the six o’clock position and its hour markings presented in the style of the numerals found on E-type instruments.
Both MKI and MKII watches are also supplied with a perforated ‘racing’ strap in true ‘60s style, together with traditional leather spare.

Bremont was co-founded by brothers Nick and Giles English in 2003. Jaguar was founded in by Sir William Lyons and William Walmsley in 1922.