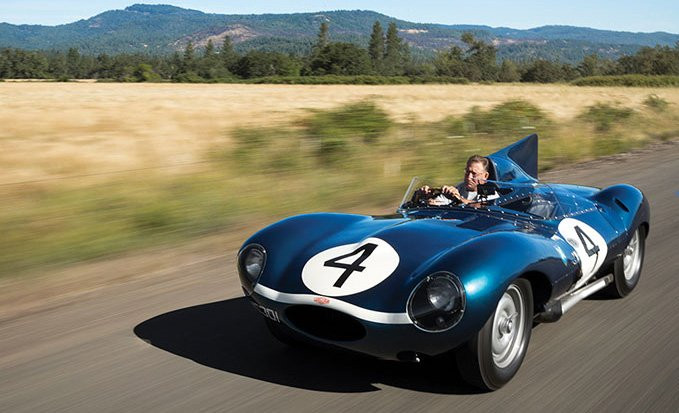 The Jaguar D-Type that claimed a historical victory at the 1956 Le Mans 24 Hours, will be offered exclusively for public sale for the first time in nearly two decades this August.

Having featured at worldwide events including the Pebble Beach Concours d’Elegance, it returns to the Monterey Peninsula – this time to the auction stage of the golden coast of California – where it is expected to comfortably eclipse the current record for a British automobile sold at auction.

Taking place over two evenings, the sale will also feature the rare 1962 Ferrari 268 SP, in a glittering setting that combines some of the most treasured classics in automobile history.

The XKD 501 racing giant remains both a world class creation as well as a privileged piece of Le Mans heritage. Spectators will have the opportunity to bid on the Jaguar D-Type on offer, a vehicle notable not only for its incredible history, but also its beautifully authentic presentation.

Born to surpass the success of the infamous Jaguar C-Type’s dominance, its revolutionary design by Malcolm Sayer offers a structural integrity that remains as timeless today as the day of its birth, and since retirement has been in the ownership of just three private owners.

Shelby Mers, a Car Specialist at RM Sotheby’s states, “It has an incredible racing pedigree, having won the most gruelling contest in sports car racing, the famed 24 Hours of Le Mans. What’s more is its amazing originality; pure in terms of body, chassis and engine, there is no other Le Mans winner from this period that is as original as this car.”

Having conquered the field, a competition car with Le Mans history is also set to steal the summer spotlight. The mighty 1962 Ferrari 268 SP, chassis no. 0798, much like the D-Type, claims extreme rarity in the Ferrari lineage; it is the third of just six 268 SP examples originally produced, with an enviable racing record to match. Distinguished by its sleek shark nose and sultry lowered tail, its powerful force combines unique performance with ultra sophistication.

“The Ferrari 268 SP is a groundbreaking automobile in every regard,” states Gord Duff, Car Specialist, RM Sotheby’s. “Not only was it rare to start with, but only five examples remain in existence. All this, combined with an exceptional provenance, make it one of the finest and most desirable 1960s Ferrari sports-racers to be offered in many years.”