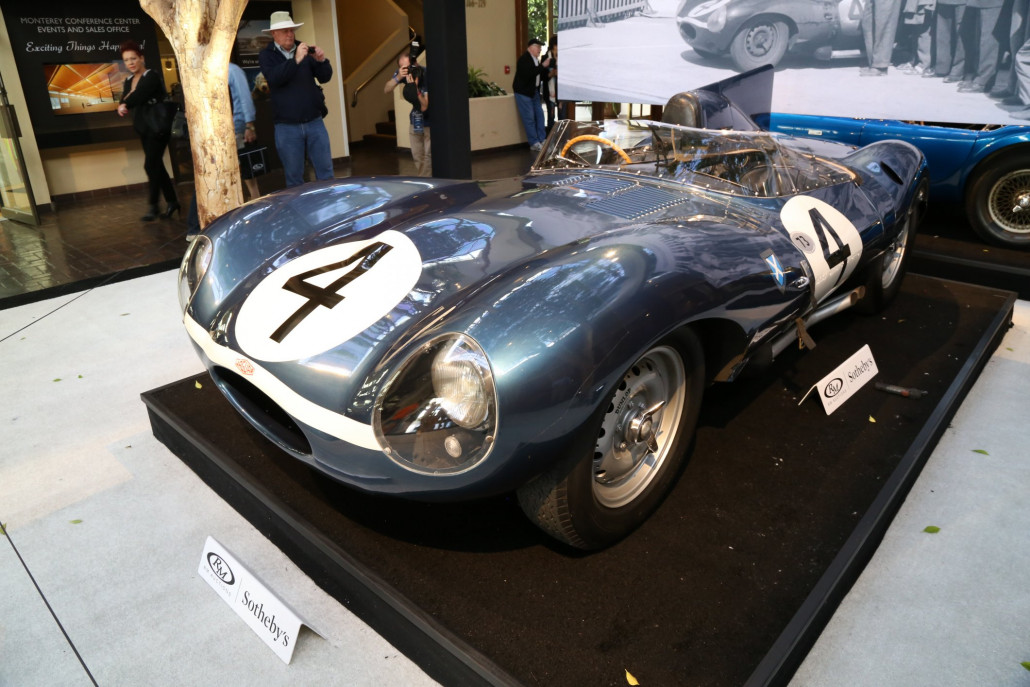 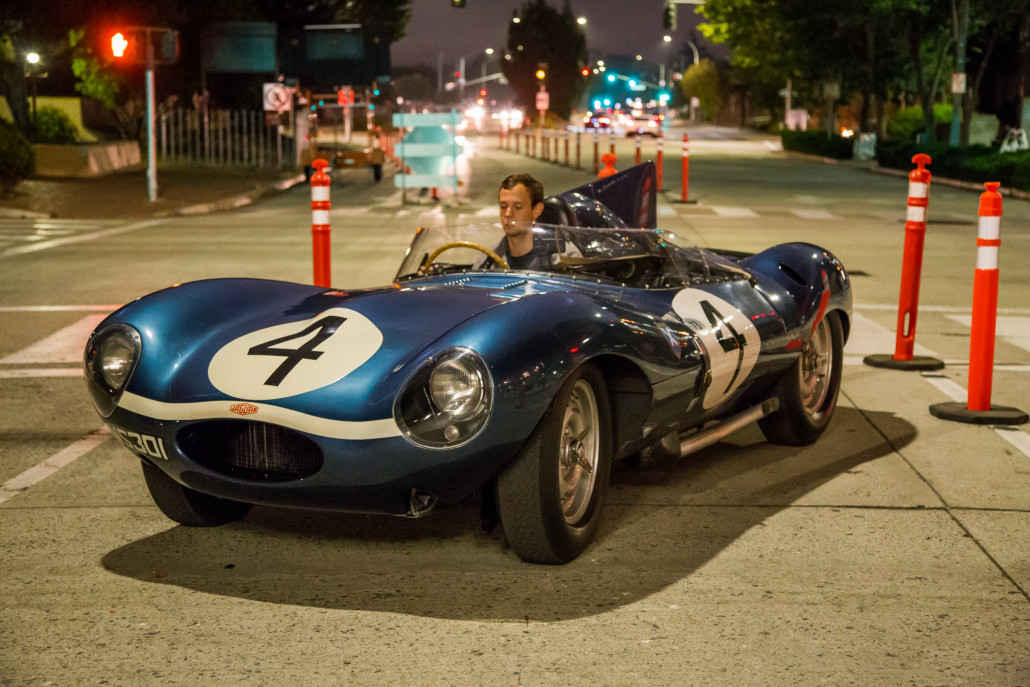 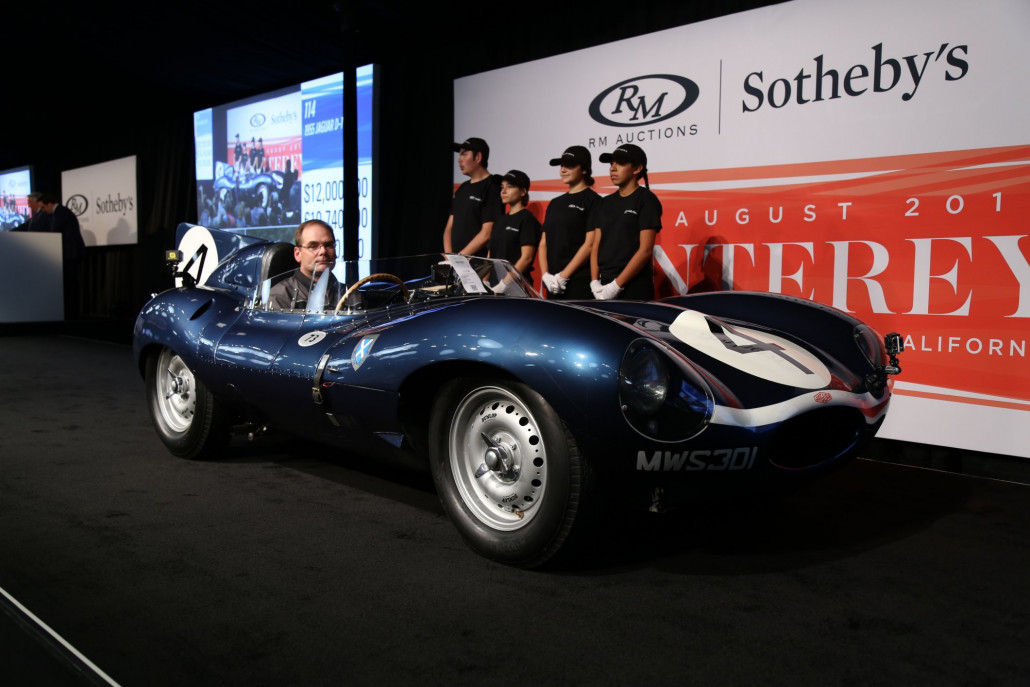 RM Sotheby’s, the world’s largest collector car auction house for investment-quality automobiles, continued its strong sales run in Monterey, California this past weekend, generating an impressive $117.9 million in sales at its flagship sale during the Pebble Beach Concours d’Elegance weekend.

One of the most exciting auction moments of the weekend came when the 1956 Le Mans-winning Jaguar D-Type, XKD 501, roared onto the stage before a packed audience during the Friday sale session. The first D-Type supplied by Jaguar to a privateer team, XKD 501 was sold new to the famed Scottish racing team, Ecurie Ecosse, who campaigned it to victory at the grueling 1956 24 Hours of Le Mans.

Offered in Monterey following almost two decades in one of America’s leading collections, the coveted Jaguar was the subject of an intense and passionate 15-minute bidding contest between four determined collectors before selling for a final $21.78 million. The impressive result not only ranks the car as the most valuable vehicle sold during this year’s Monterey auctions, but represents a world record price for any British car sold at auction, eclipsing the previous record by more than $7 million.

The sale of the legendary D-Type was closely followed on Friday by an American legend: CSX 2000, the very first Shelby Cobra. One of the most anticipated lots of this year’s Monterey week—and indeed, offered in recent memory—the iconic Shelby was constructed and kept from new by Carroll Shelby and never left his care.

Offered in Monterey by the Carroll Hall Shelby Trust, it entered the auction room on Friday (driven by Carroll Shelby’s grandson, Aaron Shelby) to a sea of camera flashes and loud applause, before climbing to a strong $13.75 million—a new benchmark for an American car at auction.

“This year’s Monterey auction once again reinforced the notion that if you offer some of the most special and unique motor cars in the world, on the global stage at RM’s flagship event during the Pebble Beach weekend, anything can happen and records will be broken,” says Ian Kelleher, Managing Director, RM Sotheby’s West Coast Division.

“The depth of interest and enthusiasm for quality automobiles and the collector car hobby as a whole, remains at an all-time high. Both of our sale sessions attracted standing-room-only audiences, complemented by high volumes of telephone bidders. As our results show, collectors remain willing to pay a premium for exceptional vehicles, specifically those exhibiting fantastic restorations, those offered fresh-to-the-market, and those presenting ‘once in a generation’ ownership opportunities.”

Beyond the auction excitement, RM Auto Restoration once again enjoyed great success on the show field at the Pebble Beach Concours d’Elegance, providing a wonderful finale to an exciting weekend for the RM group of companies. All three cars expertly prepared by the RM team for the event were judged Best in Class, including: Judge Joseph and Margie Cassini’s 1931 Stutz DV-32 LeBaron Convertible Victoria; Jim Patterson’s 1958 BMW 507 Series II Convertible; and the 1937 Bugatti Type 57SC Gangloff Coupé from the Rare Wheels Collection. In addition, the Cassini’s Stutz was awarded Most Elegant Car on tour and shortlisted as a runner up to Best of Show.

From California to London, England, RM Sotheby’s continues its 2016 calendar of events with its 10th anniversary sale in the British capital in September. The official auction of the UK’s Concours of Elegance, the sale will shine a spotlight on an eclectic group of more than 80 automobiles.