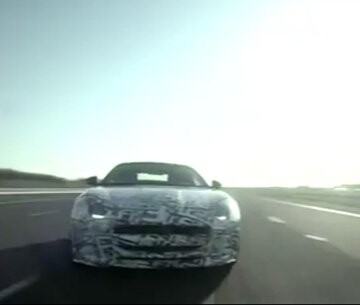 A successor to the iconic E-Type sports car, the F-Type will launch as a two-seater convertible, and will be based on the C-X16 concept car that was unveiled in September 2011.

The car will utilise Jaguar's expertise in all-aluminium construction and will come with a range of petrol engines, including a new powerplant family.

Adrian Hallmark, Global Brand Director at Jaguar Cars, said: "We showed the C-X16 concept in September 2011, and the reaction to it has been so positive that we've accelerated our development of an all-new Jaguar sports car."

"That car will be called the F-TYPE, and it will be unveiled in production form later this year,"

The new F-Type is part of Jaguar’s £5 billion investment plan, announced by the firm last year, to launch “40 significant new products” over the next five years.

The F-Type will join Jaguar's existing range of cars – the XF saloon and Sportbrake, XJ saloon and XK coupe/convertible. Full F-Type technical and range details will be announced later in 2012. It will go on sale in mid-2013.