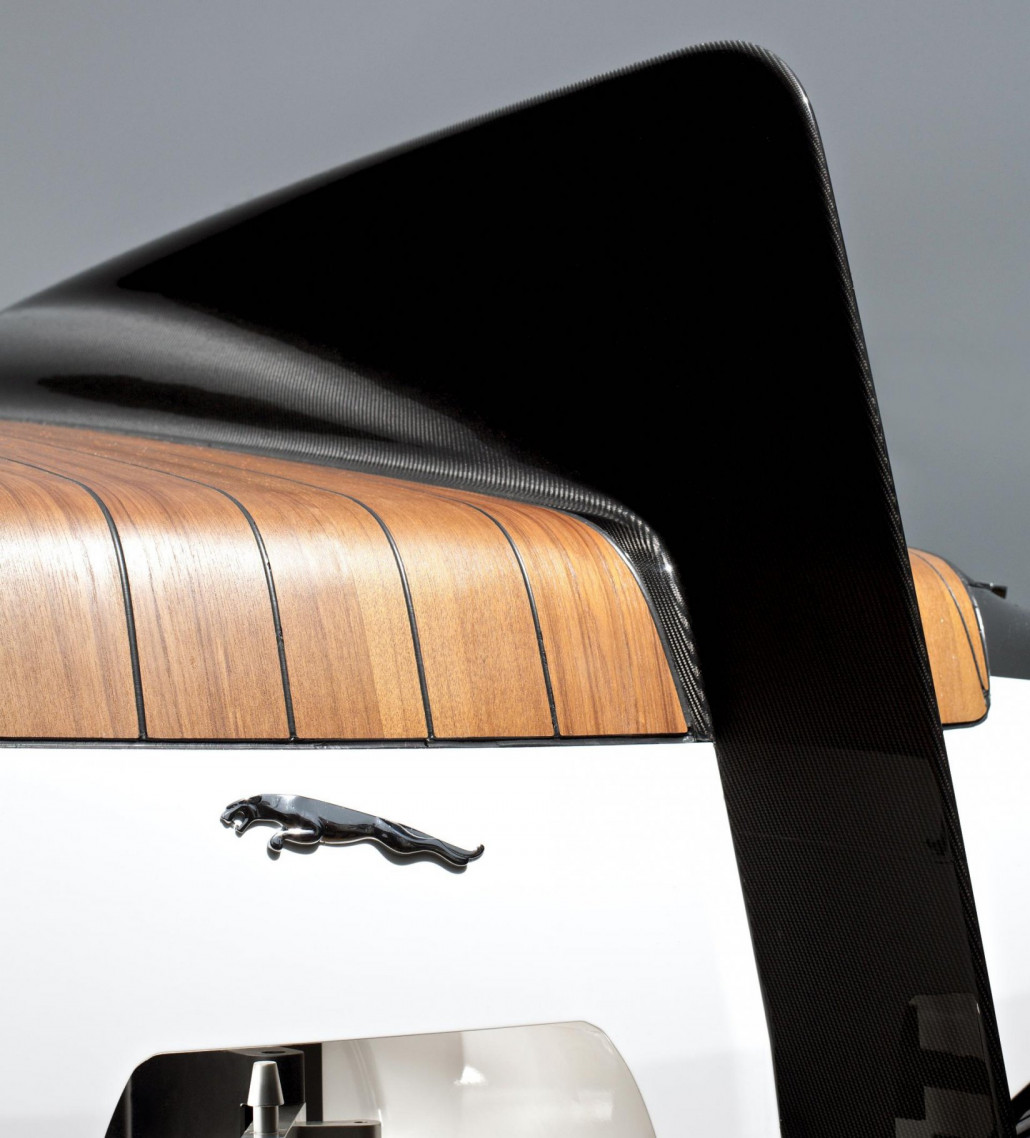 Iconic British car manufacturer Jaguar has created an innovative new speedboat concept featuring several classic Jaguar design hallmarks – but has admitted it has no plans to build or commercialise the idea.

Unveiled at the international driving debut of the new Jaguar XF Sportbrake, the 6.1 metre concept speedboat was designed as an example of the various lifestyle activities possible with the new Sportbrake model.

The Speedboat features a gel coat fibreglass hull finished on top with a natural teak decking. This is split by a carbon fibre fin, inspired by the iconic Jaguar D-Type.

The front of the boat flows seamlessly into the screen and the red 2+1 cabin follows the sporting character of Jaguar cars, whilst Jaguars’ heritage is also recognised with fuel filler caps inspired by the Series 1 XJ.

A polished aluminium propeller and pop-up mooring post imitates how the boat could be powered and docked respectively.

Jaguar Director of Design, Ian Callum, said: “We recognise that both our existing and future customers enjoy diverse and active lifestyles.

“With the launch of the new Jaguar XF Sportbrake, we had an opportunity to create a vision of how our design philosophy might be applied to an alternative product, in which speed and beauty are also priorities.

“The Concept Speedboat looks powerful. It follows, in so many ways, the idea of a traditional speedboat but with the sleek and fast characteristics that you would expect from a Jaguar Car.”

Boasting a3.0-litre twin-turbo V6, and billed as the most versatile derivative of the award winning Jaguar XF to date, the XF Sportbrake goes on sale in UK and throughout Europe in November.