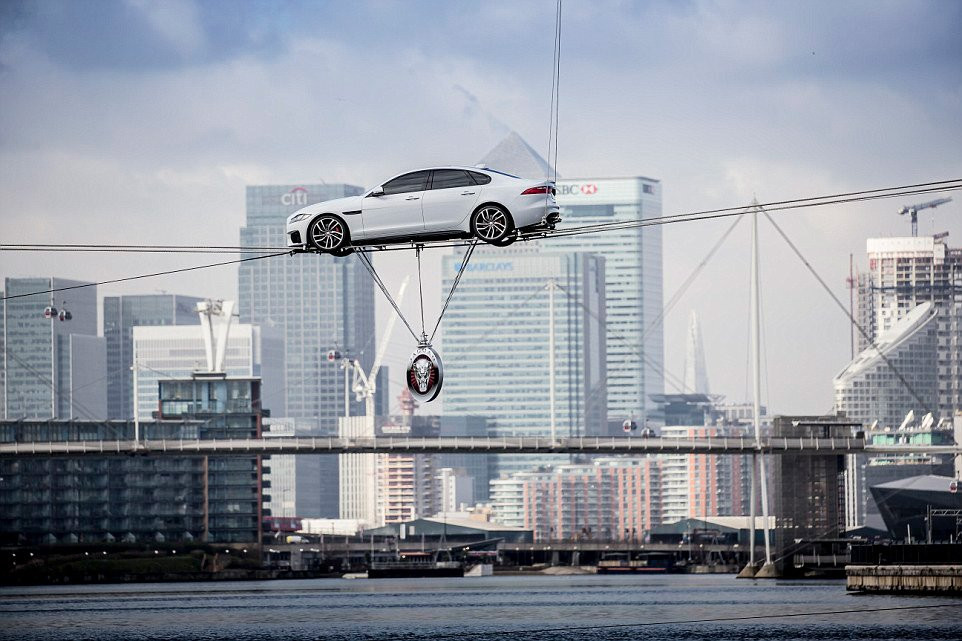 Commercial brands are forever conjuring new and original ways to market their latest products, but iconic British manufacturer Jaguar may just have trumped them all.

The famous marquee participated in a stunning high wire stunt in the heart of London earlier this week featuring the newly designed 2016 Jaguar XF Sedan.

Ahead of its official debut at the New York Auto Show, the second generation XF performed the stunt over London’s financial district of Canary Wharf in a bid to highlight the car’s lightweight credentials.

During the dramatic act, which was filmed exclusively by the TVC communications agency on behalf of Jaguar Land Rover, the car was helmed by British stuntman Jim Dowdall, a veteran of famous movie franchises including James Bond and Indiana Jones.

Similar in styling to the existing XF, the latest incarnation features altered proportions, with the wheelbase being stretched by two inches – though it remains slightly shorter and lower.

But its ultimate selling point is its lightness on the scales, with some 75 per cent of the car’s body made from aluminium, reducing the curb weight by 132 pounds on the rear-drive model and 265 pounds on the all-wheel-drive variant.

The first versions of the all-new Jaguar XF will arrive in UK showrooms this Autumn.