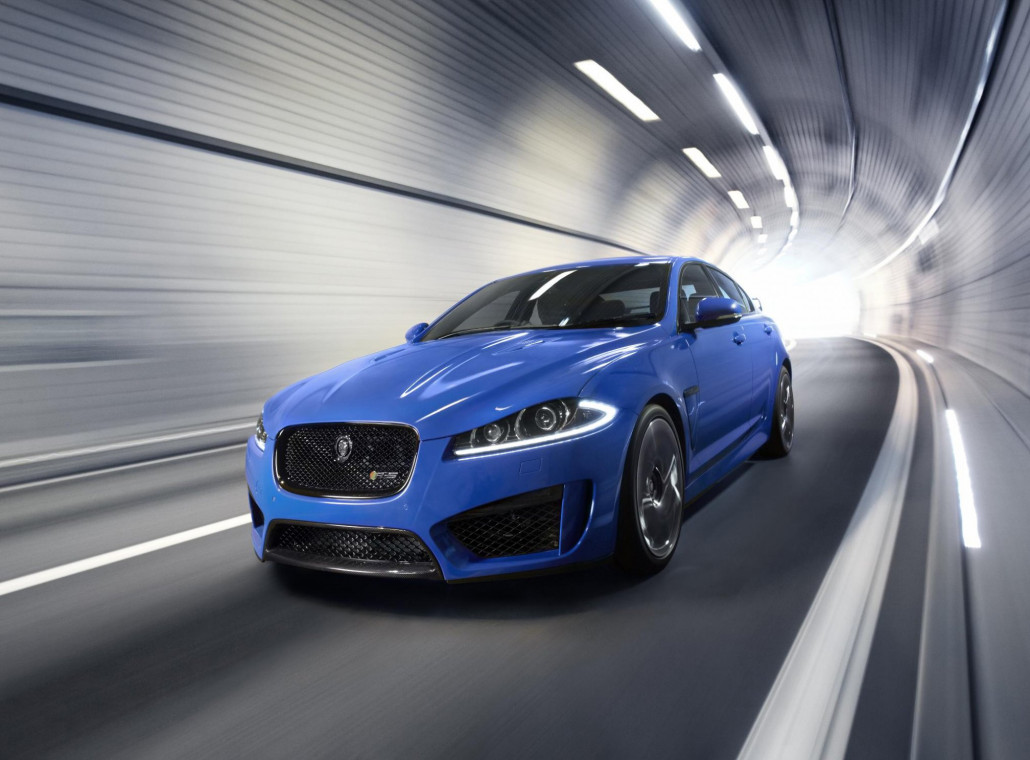 The prototype version of the new Jaguar XFR-S made its eagerly anticipated debut today at the famous site of Goodwood in West Sussex, UK.

Billed as Jaguar’s fastest ever sports saloon, the XFR-S was piloted at Goodwood Festival of Speed press day in front of a large media gathering by 1988 Le Mans 24hr race winner Andy Wallace.

First showcased at the Los Angeles Auto Show in November 2012, the prototype model was joined by heroes of Jaguar’s sporting past. A 1962 Jaguar Mk. II prepared by Jaguar Heritage Racing, and a 1954 ‘short nose’ Jaguar D-Type – chassis No.1 and itself a development prototype – were also on display by the Jaguar Heritage Trust in front of Goodwood House.

Finished in Italian Racing Red, the XFR-S can go from 0 to 60mph in just 4.4 seconds and reach an electronically limited top speed of 186mph. The car builds on the performance of its predecessor, the acclaimed XFR, with an increase in torque from its 5.0-litre supercharged V8 engine.