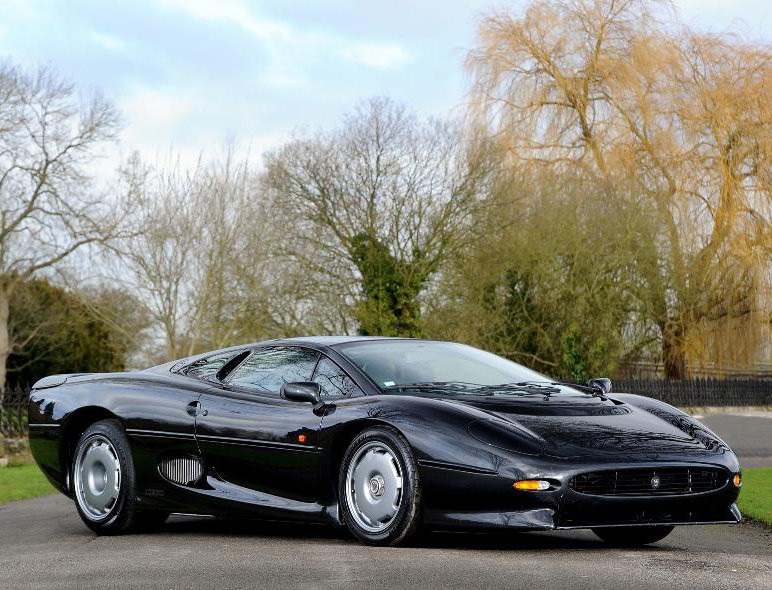 Jaguar XJ220 to be Sold at Brooklands Classic Car Auction

A Jaguar XJ220 – once the world’s fastest production car – is to go under the hammer next month at a UK auction for classic automobiles.

First introduced in 1992 as the British marque’s first ever road car, the XJ220 boasts a twin-turbo V6 engine and can reach a top speed of 213mph.

A total of 281 models were produced, and one of which will be sold at the upcoming Historics at Brooklands' classic and collector car auction on March 9th, with an estimated sale price of between £115,000 and £130,000.

Edward Bridger-Stille, Auction Director at Historics at Brooklands, said: “The XJ220 is a rare icon of Jaguar heritage and a worthy investment.

“Moreover, one would be hard-pressed to find an alternative car at this price that would come close to the XJ220’s electrifying performance and 200mph+ top speed.”

The left-hand drive car has had just one owner from new, and recently returned from France where it has been for the past 19 years.

In 1994, the Jaguar XJ220 was eclipsed as the world’s fastest-production car by the McLaren F1.

The independent auction house, Historics at Brooklands was established in 2010 to provide a resource for the sale and purchase of fine quality classic and collector cars.