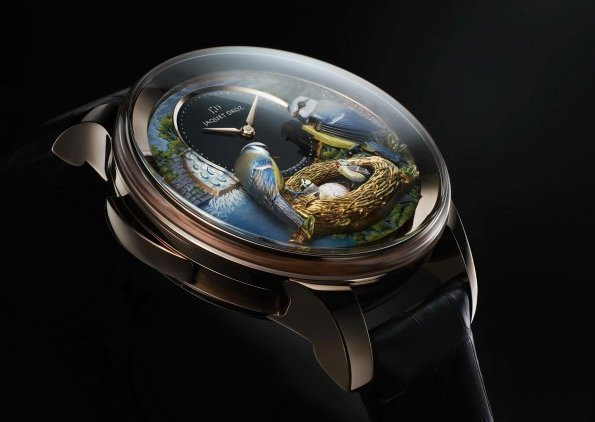 A celebrated Swiss watchmaker and mechanic from the 18th century, known for his elaborate watches and mechanical devices, Pierre Jaquet-Droz was also a devoted bird-lover, and in honour of his infatuation, the brand has created the Bird Repeater timepiece.

Two years in development and crafted in-house, the 47mm watch boasts a remarkably well-detailed dial, featuring hand-engraved depictions of a bird and a nest, both painted in mother and pearl.

When the minute repeater is activated, the watch bursts into life with a moving waterfall as well as a mother bird feeding a chick that hatches from an egg.

The Bird Repeater will be on show at Baselworld 2013 which takes place in Switzerland next April.