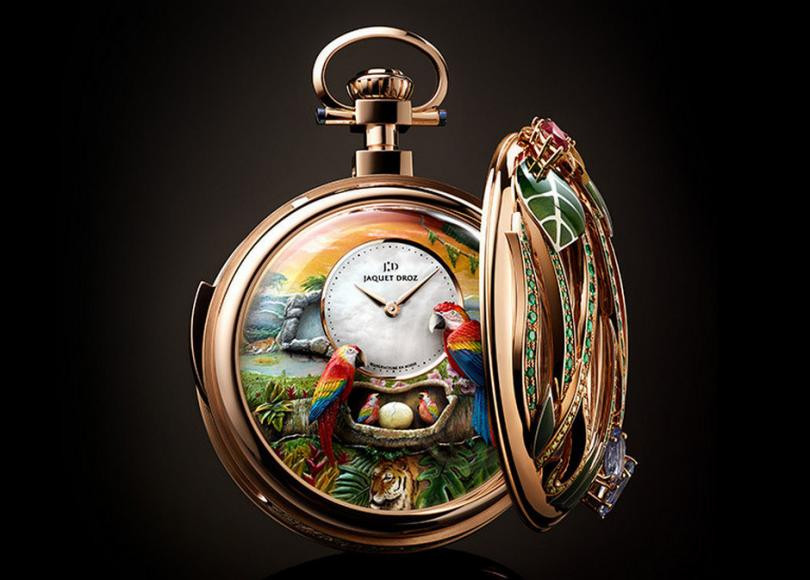 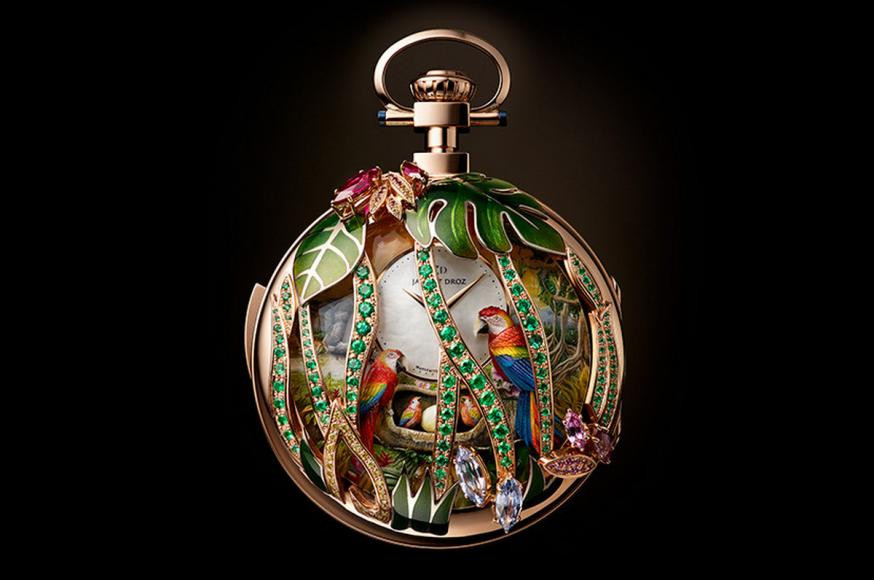 Three years in the making, the Parrot Repeater Pocket Watch features five bird-themed animations on the dial along with a gem-setting adorning its 18-karat rose gold case.

The pocket watch is also adorned with 10 karats of precious stones, including yellow diamonds, rubies, emeralds and sapphire in three colours.

The vivid work of art on the watch depicts an animated naturalist scene in which the motif of birds takes centre stage. Each of the animated macaw family is surrounded by a lush jungle of vines and hibiscus, while a bird of paradise and two tigers also feature in the scene.

The jungle relief scene is in 18-karat gold and has been engraved and painted by hand, with a mother of pearl sub-dial for the time.

The watch features two covers, one depicting a macaw on the case back in Grand Feu enamel painting decorated with spangles, and a dial cover adorned with vines and tropical foliage produced in Grand Feu enamel and set with gemstones. Both covers can be opened individually by a dual case-spring mechanism inside the pendant.

The manual-wound, minute repeater movement inside the piece is composed of 668 components – double that of an ordinary minute repeater caliber. It includes 69 jewels and has a power reserve of 48 hours.

The Parrot Repeater Pocket Watch is a one-off and is priced at a cool $1.05 million.