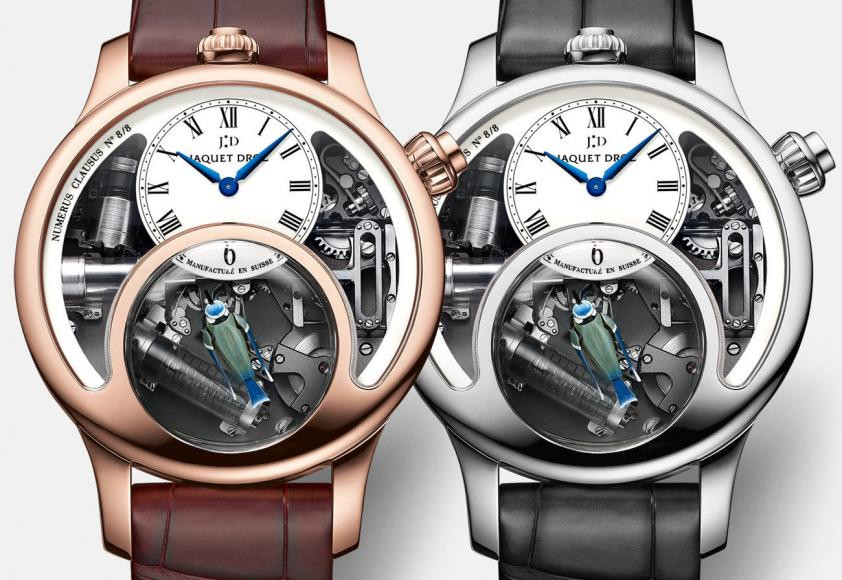 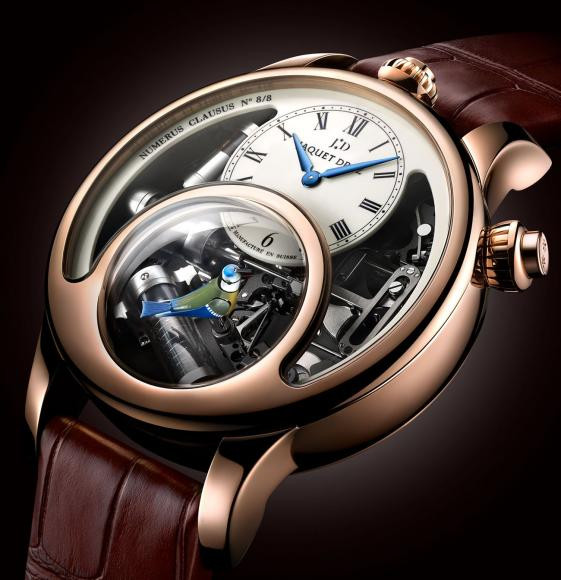 Swiss luxury watchmakers Jaquet Droz have unveiled the latest versions of what is claimed to be the world’s only wristwatch featuring a singing bird.

Available in two new limited edition versions, the Charming Bird timepiece blends modern aesthetics with the artistry and craftsmanship that have been hallmarks of Jaquet Droz for nearly three centuries.

First introduced by Jaquet Droz in 2013, the Charming Bird watch was awarded the Grand Prix d’Horlogerie de Genève in 2015. For 2018, the brand has revealed two new editions in red gold and white gold with an ivory Grand Feu enamel dial, limited to only 8 examples for each version.

The 47mm case remains unchanged and it still has the watchmaker’s signature figure-8 design, with the upper circle at 12 o’clock formed by the hour and minute hands and the bottom circle housing the singing bird underneath the sapphire crystal dome.

The timepiece features two separate movements: one powering the clock and the other running the automaton. The tiny three-dimensional bird moves around, flaps its wings and sings and the movement can run for 40 seconds before having to be wound.

Furthermore, for the first time ever in a wristwatch, the melody is generated by air compression inside three sapphire crystal tubes, with the sound released through a whistle to produce a song to which the bird, engraved and painted in the Jaquet Droz Ateliers d’Art, moves in time.

The two new versions of the Charming Bird watch are priced at $399,000 apiece.