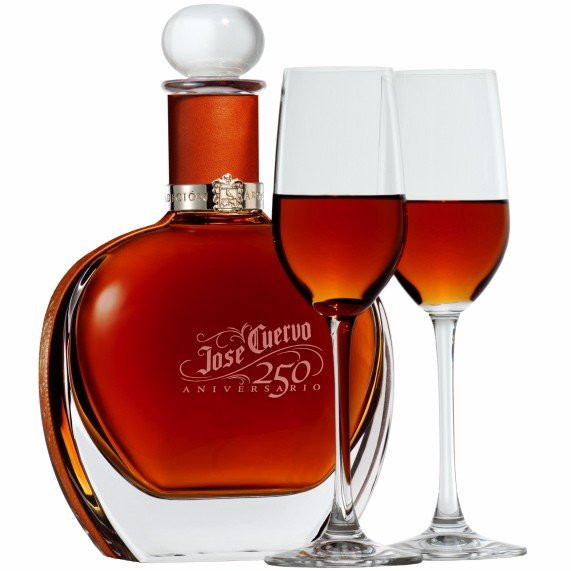 Jose Cuervo celebrates its illustrious 250-year history in high-spirits with the release of a limited edition Tequila carrying an appropriately chosen US$2,250 price tag.

The Limited Edition 250 Aniversario Tequila has been created to honour 10 generations of Cuervo family tradition that has seen the company producing first-class spirits for over two centuries.

King Carlos of Spain gave Don Jose Antonio de Cuervo the first piece of land for the purpose of farming agave on November 2, 1758.

In an extreme showing of forward-thinking, the same blue argave that was planted in 1758 has been retained for the production of this limited edition liquor.

The tequila itself is a blend of 5 to 20-year-old Añejo tequilas mixed with a selection of Blanco tequila stored in the Cuervo cellars for 100 years. The Blanco was aged for three years in oak barrels before being mixed with the rest of the tequilas. The resulting blend was then aged a second time for 10 months in Spanish Sherry casks.

The 80-proof tequila has been described as having a nose filled with smoke, sherry and citrus character; a body rich with agave balanced with chocolate, butterscotch and vanilla characters.

To hold such an historic liquid, an equally as meaningful decanter was required; the choice being one inspired by the original glass bottle used by Jose Cuervo to ship Tequila throughout Mexico.

Each bottle of Limited Edition 250 Aniversario Tequila features its production number engraved into the glass and is packaged in an oak gift box.

Jose Cuervo is the oldest maker of tequila in the world and the company has been run by 10 generations of Cuervo family members.