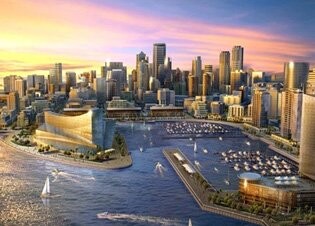 Luxury hotel group Jumeriah is to open a lavish new resort on Saadiyat Island in Abu Dhabi, it has been confirmed.

The Dubai-based hotel operator says it has signed an official agreement with Sheikh Suroor Bin Mohammed Al Nahyan, a senior member of the Ruling Family of Abu Dhabi, to open the resort on the north eastern coast of the island.

Expected to open in 2017, the hotel will comprise 294 guest rooms, including spa suites, presidential suites and private high-end villas and, according to a statement released by Jumeirah, it will be “the most luxurious five-star resort in Abu Dhabi”.

Food and beverage outlets will include an all-day dining venue, two signature restaurants, a lobby lounge and bar, a pool and beach bars, retail shops and outdoor beach and pool areas.

Saadiyat Island will also eventually become home to the Louvre and Guggenheim museums, replicas of their more famous counterparts in Europe and America, which are due to be completed over the coming years.

Other notable amenities on the island are to include nine kilometres of beaches, a Performing Arts Centre, a championship golf course with luxury apartments, the Monte Carlo Beach Club, a promenade, and a marina.