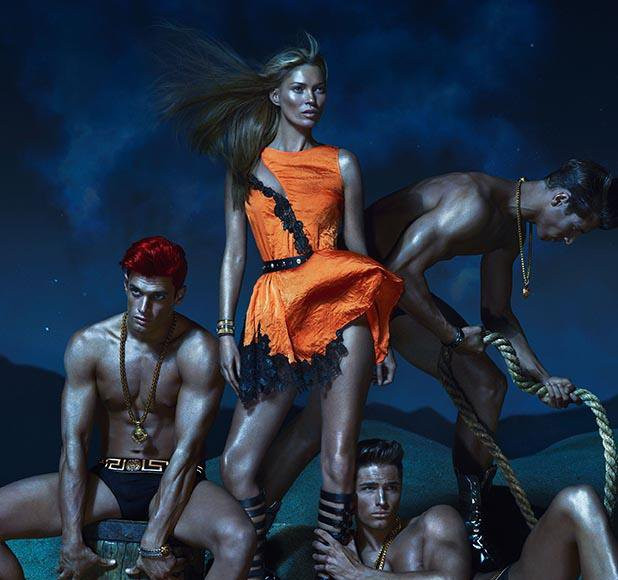 British fashion icon Kate Moss is one of six famous models to appear in the 2013 Spring/Summer advertising campaign for Italian brand Versace.

The 38-year-old, who rose to fame in the early-1990s, features in the campaign alongside Daria Werbowy, Joan Smalls, Kacey Carring, Veit Couturier and Edward Wilding.

Photographed by Mert Alas & Marcus Piggott, the adverts show Moss adopting the appearance of a domineering goddess, clad in an illuminated orange dress whilst overlooking a trio of cowering men.

Donatella Versace, Vice-President of Versace, said: “To have three glamorous and iconic women like Kate, Daria and Joan in one campaign is not an easy feat.

“Mert and Marcus really outdid themselves, each image is composed like a work of art.”

Founded by Gianni Versace in Italy in 1978, Versace has grown to become one of the world’s most famous fashion brands.