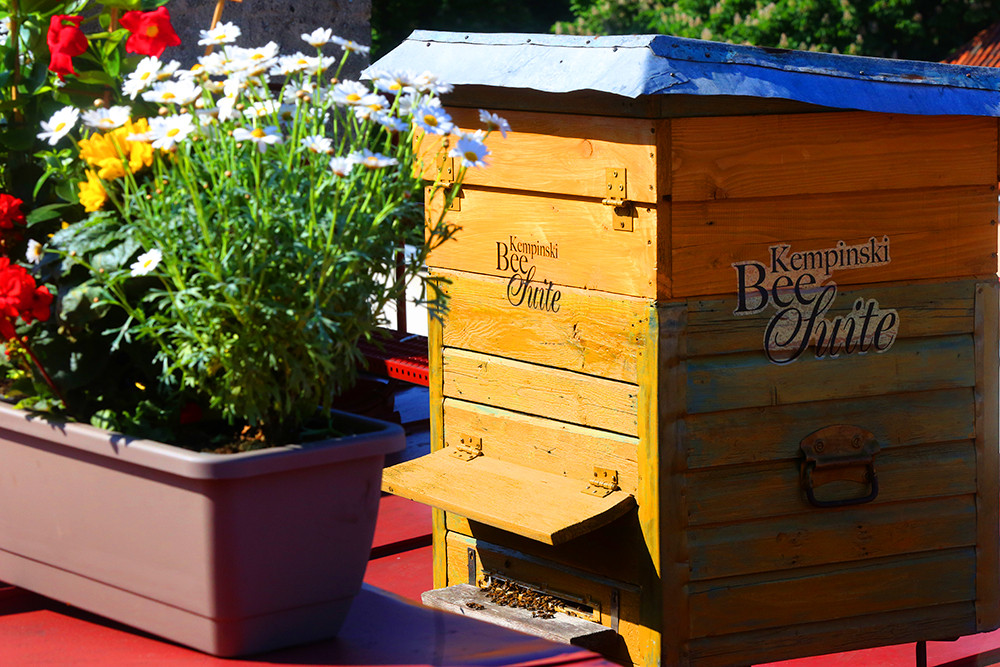 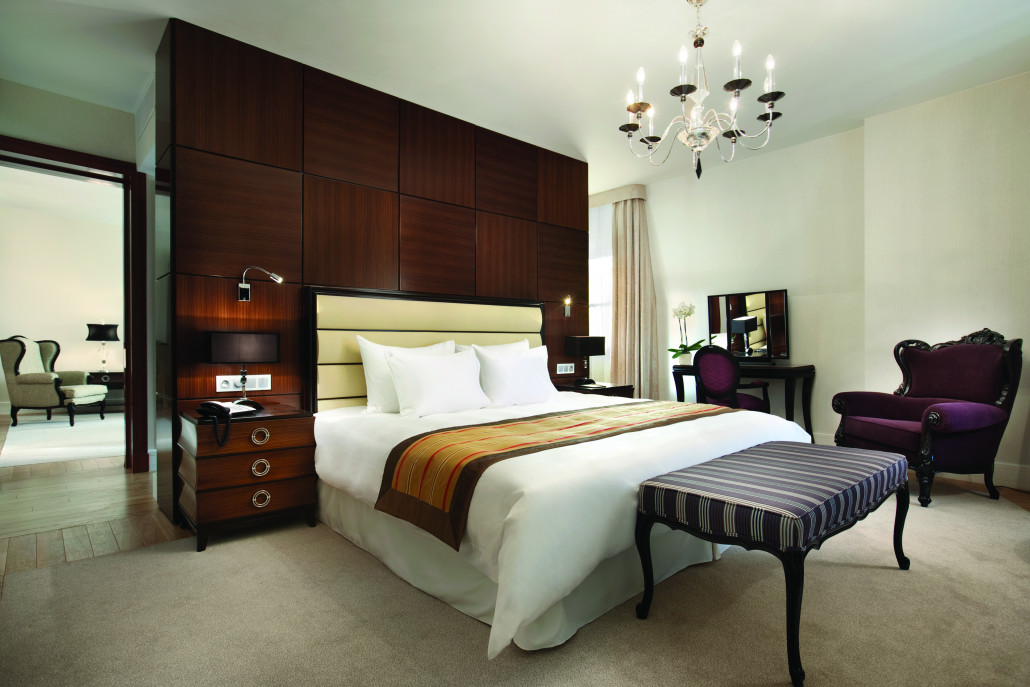 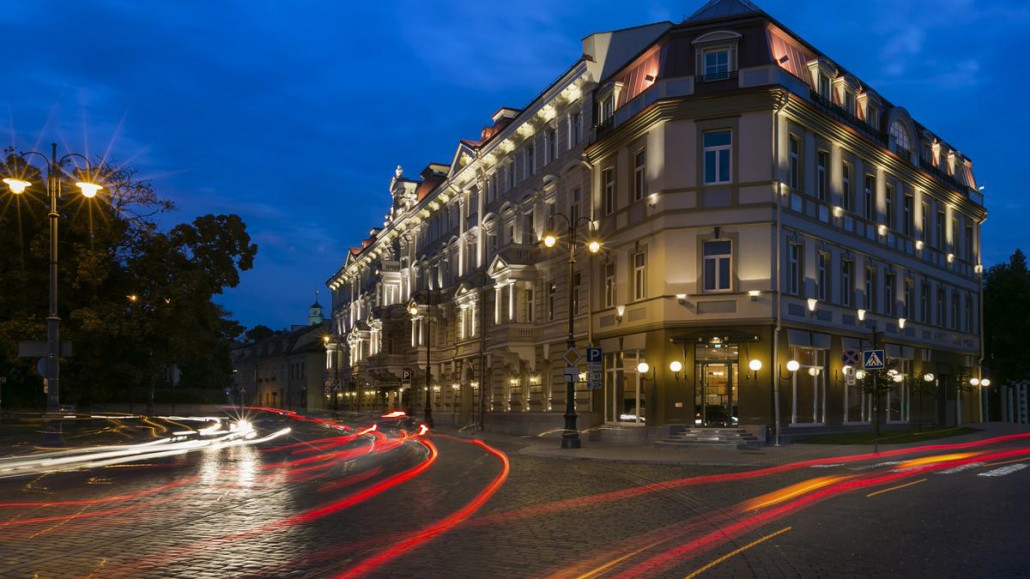 Kempinski Cathedral Square: Timeless Elegance in the Heart of Vilnius

One of the world’s most prestigious hotel brands, the Kempinski has gained a hard earned reputation for its ability to effortlessly combine old world glamour with contemporary luxury.

The German hotel group has properties dotted across the world, including in Europe, the Americas, the Asian Pacific, the Middle East and Africa, all bound by a shared commitment to impeccable standards of customer service and a tasteful attention to detail.

In Europe, one of its most distinctive properties is in the Lithuanian capital of Vilnius, which has served as the gold standard for luxury hotels in the city since its opening in 2012. Nestled in the heart of the beautifully preserved Old Town, a stone’s throw from the Presidential Palace, the hotel has for the past two years been under the stewardship of German-born Kai Schukowski.

The youngest appointed General Manager in the history of the Kempinski brand, we spoke to Mr Schukowsk about his career journey so far, the unique challenges involved at the Kempinski Vilnius, and how he is striving to bring a flavour of local culture into the hotel.

SY: Can you start by telling us how you came to be General Manager at the Kempinski Cathedral Square?

KS: I started in 2009 as operations analyst at the corporate office of Kempinski in Geneva, looking at group performance, quality standards, and policy procedures. Working hand in hand with the COO of Kempinski, gave me a bird’s-eye perspective on where the company is headed and how we want to translate this into operational excellence at our properties.

Afterwards, they sent me to Beijing to work in the Asian regional office and  I was then given a unique opportunity to actually go into a hotel to become a hotel manager at a beachside Kempinski resort in the UAE, about half-an-hour from Dubai.

I was there for a year and a half, and then the current GM in Vilnius moved on. There was a vacancy for half-a-year, during which time the hotel was doing really well, so they decided to give this young gentleman a shot. I was blessed and now I’ve been here for a year-and-a-half in beautiful Vilnius.

What efforts have you made to put your own stamp on the hotel?

Well, often you come into a new hotel with the job of turning it around, but this hotel was already extremely well managed – already the leading hotel on many metrics – so it’s hard to improve when you’re already number 1. The challenge is to keep doing what’s already done well and then elaborate on this, move forward.

One of the values of Kempinski is entrepreneurial performance, so we like to encourage our GMs and team members to come up with new ideas, new touchpoints, etc.  And I think we’ve done quite a bit of this, for example we’re adding a new café which will be the leading pastry café in Lithuania. We’ve also just re-opened our Wine Atelier and are positioning it as the number one in the country.

How do you infuse Lithuanian culture into the hotel?

Until recently we’ve always had a foreign executive chef – first Irish, then Spanish – but after our last chef left we decided to give an opportunity to local talent. He’s now executive chef and it really sets a precedent in the market. People are surprised, saying, “Wow, Kempinski went for a local chef”. People are very happy and come to try his food.

We have a nice balance of locals who come to try the restaurant and see what it has to offer and then from an international point of view we have guests coming who want an international standard but locally infused. So for example pretty much every dish our new menu has some sort of local or seasonal ingredient from around Lithuania. Of course a steak is a steak, but it will come with something Lithuanian on the side, whether it’s herbs or something else.

We also offer honey from our rooftops for all guests on checkout. We have four beehives, which we harvest at the end of the summer, and we use it in our breakfasts as well. Honey is very Lithuanian – beekeeping is a national pastime. Also, in the spa we have a signature treatment called the Amber Experience, amber being very Lithuanian, coming from the Baltics.

There’s something about it, a feeling. We have traditional afternoon tea which works very well with the piano music and we have a Kempinski Young Artists Programme where for one week we have different local musicians, students, and they get to showcase their musical skills in the lobby,  playing the harp, saxaphone, beautiful classical instruments. It’s like a concert - people enjoy it and it’s really nice to also integrate the local community.

How would you describe the aesthetic and ambiance of the hotel?

I would probably go for timeless elegance. We’re the oldest European luxury hotel brand and we’re proud of the heritage. We aren’t the W or Citizen M, although of course we go with the times in terms of technology, but but these can also be gimmicks. The latest apps can be very nice, but what it comes down to is the atmosphere, the service, and that’s what we pride ourselves in and what we try to deliver.

To give you an example, now we’re being approached by all the newspaper apps. That’s all nice and we even offer it. But the biggest demand is having a fresh newspaper in the morning, and that comes back to getting back to basics and having quality time for yourself.

What’s your approach to customer service?

In the end we wouldn’t be here without our guests so we are extremely guest focussed. The feedback you see online speaks for that. We’re a small hotel and the whole idea is that we’re not as heavily scripted as some other hotels. You’d go to some brands and they’d literally have a whole manual saying which way the espresso cup should face. That doesn’t mean it’s bad, it’s fine, it’s a very consistent standard, but we’re about the experience and it doesn’t matter if the coffee cup is three degrees off or not. It’s about how it’s served and that it tastes good.

The same with our staff – they are very empowered to make decisions by themselves, so we don’t have too many layers, too many hierarchies. So if guests have a problem with the shower and want to change their room they don’t need to call the GM, they can make these decisions themselves.

Another thing we focus on is emotional intelligence. We are very much a business hotel, so certain guests, if they’re tired in the morning after a red eye flight, when they check in they don’t want to be asked 20 questions. But others, if it’s their first time in Vilnius and they arrive on a weekend they are more relaxed and they might want to chat. So a good waiter or receptionist would read your gestures or your body language and analyse if you want a chat or not.

How has luxury hospitality changed since you arrived in the industry?

The main positive has been an increase in awareness. People know what’s a nice hotel. In the beginning, you put a 5-star there and that’s it. Now it’s completely transparent, you have a guest who is upset – rightly or wrongly - and he puts his comment on TripAdvisor and it’s there for people to see. And we all read these comments. Transparency is a big change that has had a big effect. The power is with the guests now. So you have these high standards constantly being pushed up further.

Overall hospitality still has a long way to go. Historically in terms of systems we always said we were one step behind the airline industry, especially in booking systems, but I think that pushes us as an industry further.

What would you say to people who haven’t been to Vilnius to come and stay here?

The assumption I often hear about Lithuanian is that it must all be Soviet style. But it’s an extremely modern, European city – technically in fact it’s the heart of continental Europe. It’s extremely clean, safe, authentic and has the oldest preserved old town in Europe. When you go to Paris or London you have Starbucks, McDonalds, but here you do have them, but it’s much more local, with local barristas, coffee shops, art and fashion boutiques.

It’s also very welcoming, hospitable, everyone speaks English, and technologically advanced with the fastest Wi-Fi in the world. In fact it’s very cutting edge, with many international companies setting up their bases in Lithuania. What’s more, there’s nice nature and preserved history. And of course the Kempinski is in the heart of the city centre, the epicentre, with the most beautiful views. It’s second to none.

Finally, what’s the most satisfying part of the job for you?

I would say it’s when we hear the feedback of the guests who really left truly satisfied. And then for me personally, it’s the variety, with no day like any other. So 40% of the day I know what’s coming, but the other 60% is unknown. It really doesn’t get boring, and all of that in a beautiful environment. What could be better than that?