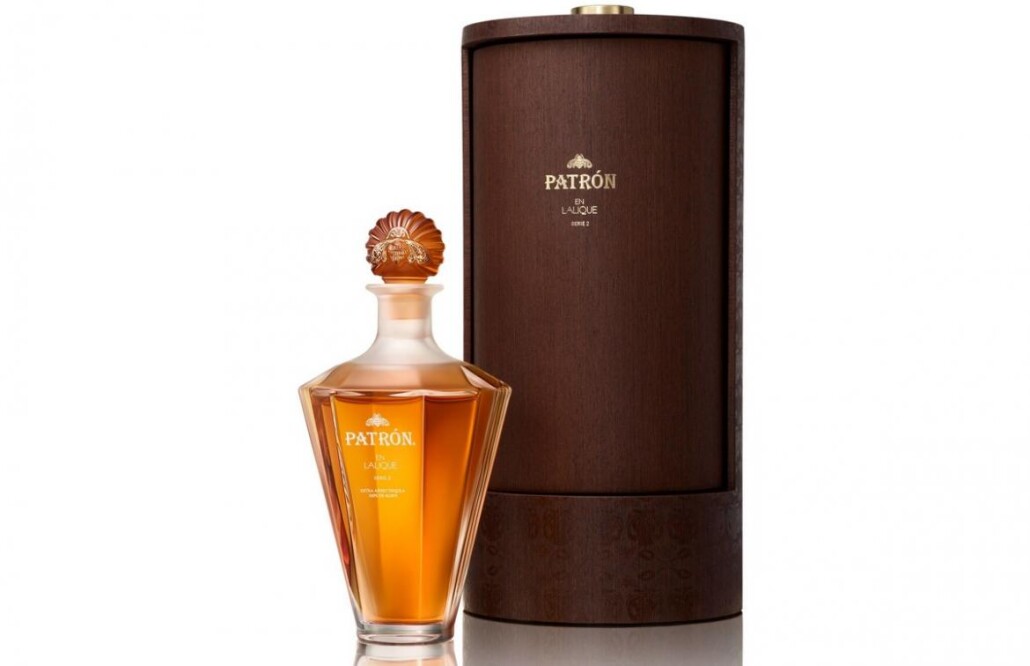 Lalique and Patrón Team Up for $7,500 Tequila Bottle

Crystal makers Lalique have renewed their partnership with ultra-premium tequila brand Patrón to create a stunning decanter, pre-filled with tequila and priced at a cool $7,500 per bottle.

Called the Patrón en Lalique: Serie 2, the new creation is the second instalment of the partnership, and comes filled to the brim with an exceptional blend of extra añejo tequilas from Patrón.

Presented in a rotating display case, the decanters were crafted at Lalique’s glass factory in Wingen-sur-Moder in north-eastern France with a design characterised by straight lines and the contrast between clear and frosted finishes.

The design is inspired by Mexico’s indigenous Weber Blue Agave plant from which tequila is produced. A rounded crystal stopper echoes the amber colour of the decanter’s contents, and features Patrón’s distinctive bee emblem in pure gold enamel.

The blend inside is a mix of extra añejo tequilas, aged in the barrel room at the Hacienda Patrón distillery in the Highlands of Jalisco, Mexico, for more than seven years. The tequila was sourced from three different types of barrels: American oak, French oak, and Spanish Sherry.

The Patrón en Lalique: Serie 2 is limited to 299 bottles and is available at fine spirits retailers and in select duty free stores across the world.

Lalique was founded by René Laliquein the late 19th century. In recent times it has reinvented itself as a luxury lifestyle brand, specialising in crystal jewellery, perfumes, decorative objects, interior design, and art pieces.