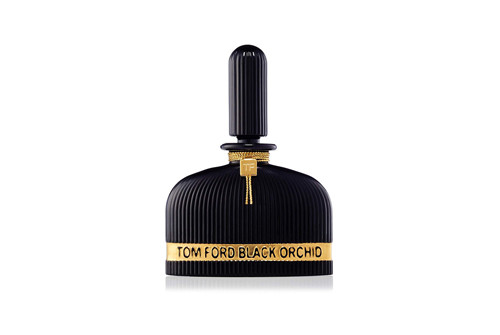 World renowned crystal makers Lalique have marked the 10th anniversary of the Tom Ford Black Orchid fragrance by creating a limited edition of the popular perfume.

The Black Orchid Lalique Edition comes in a striking black and gold bottle with an exquisite art deco flair, refashioning the original shape of the bottle into a shorter, more vintage-inspired design.

A small gold plaque on the bottle features the Tom Ford signature while the chain around the neck of the bottle has also been given a golden touch.

Contained inside the flacon is the highest concentration of the fragrance. It is priced at $990 and can be purchased online or in store.

Lalique was founded by René Laliquein the late 19th century. In recent times it has reinvented itself as a luxury lifestyle brand, specialising in crystal jewellery, perfumes, decorative objects, interior design, and art pieces.

Born in 1961, Tom Ford gained international fame for his turnaround of the Gucci fashion house and the creation of the Tom Ford label before directing the Oscar-nominated film A Single Man.

The first Tom Ford Black Orchid fragrance was launched in 2006.