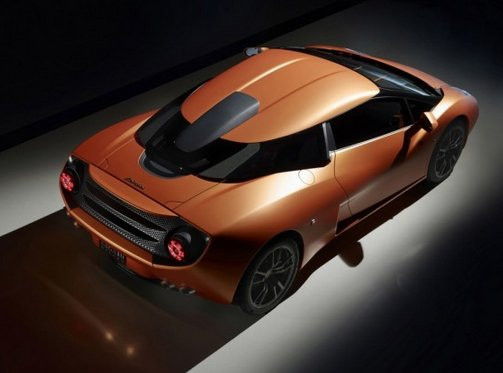 Lamborghini have created a special edition model called the 5-95 Zagato to mark the company’s 95th birthday.

The anniversary edition was designed for a Swiss supercar collector in collaboration with independent Italian coachbuilding company Zagato, who have worked with many of the world’s most renowned car brands.

The 5-95 Zagato boasts an angular design aesthetic and features a double-bubble roof, a wraparound windshield and an elongated nose with curved, two-step opening.

Underneath the bespoke body, the car is based on a Lamborghini Gallardo, which ceased production in 2013, and is capable of hitting 200mph and going from 0-62mph in just 3.5 seconds.

Many of Zagato’s previous projects, which include working with Ferraris, Aston Martins and Maseratis, have lead to the creation of some of the world’s most sought-after and collectible cars.

Founded by Ferruccio Lamborghini in Italy in 1963, Lamborghini has grown to become one of the world’s most iconic makers of luxury sports cars.