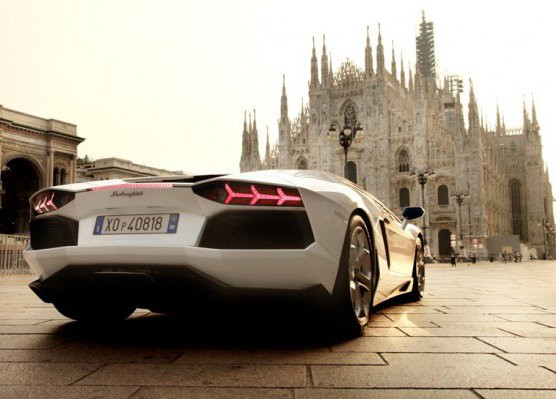 A legion of supercharged Lamborghini cars powered through Milan at the start of a tour of Italy to mark the 50th anniversary of the revered automotive company. Drivers from 29 countries filled 350 sleek roadsters, with a combined horsepower of 190,000, and formed a 2.5 mile long convoy which embarked from the Sforza Castle in Milan city centre.

Reaching locations such as the high-end beach resort Forte de Marmi, Rome and mediaeval towns of Orvieto and Arezzo, this is the most complete collection of every Lamborghini model ever assembled, from the original 350 GT to the current V12 Aventador flagship model.

“Lamborghini has been the dream and the symbol of Made in Italy for 50 years,” said company chief executive Stephan Winkelmann, adding that the tour “reflects the global dimension we have attained”.

The remarkable tour ended at the Lamborghini headquarters near Bologna.