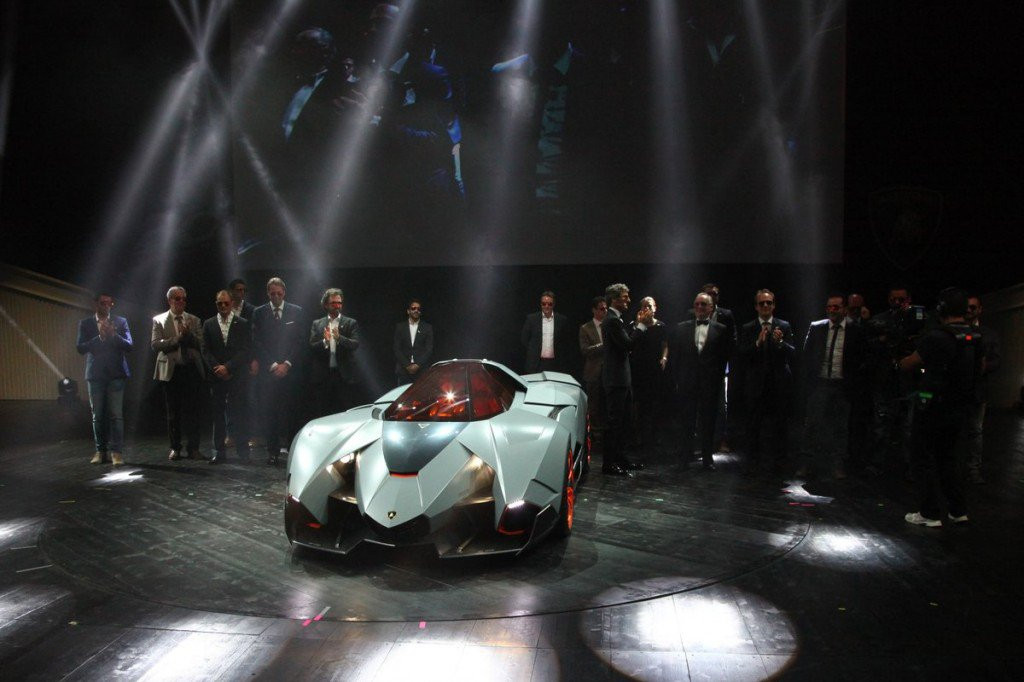 Developed by a team led by Volkswagen Group design chief Walter De Silva, the Egoista – Spanish for ‘selfish’ – is billed as allowing its driver to express their individual personality without the distraction of passengers.

Inside the unique car, which boasts  592-horsepower version of the Lamborghini Gallardo’s 5.2-litre V-10 engine, is a racing seat with a four-point seatbelt, airbags, and several instruments. including a head-up display of the type commonly found in jet fighters.

To alight the vehicle, the driver must perform an intricate manoeuvre that starts with removing the steering wheel and resting it on the dashboard. They then open the canopy, stand up and then sit down on a precise point of the bodywork, swivel 180 degrees and set their feet down to depart.

Speaking at the concept’s unveiling at Lamborghini’s 50th anniversary Grande Giro drive in Italy, De Silva said: “This is a car made for one person only. The cockpit represents a sort of survival cell, allowing the driver to isolate and protect themselves from external elements.

“We kept an eye on the future when designing the Egoista, with the idea that its cockpit could have been taken from a jet aircraft and integrated into a road vehicle.”

Other notable features on the car include active flaps integrated in the bodywork that move depending on the driving conditions, providing a balance between drag and downforce, whilst two rear flaps activate automatically at high speeds to increase stability.

Founded by Ferruccio Lamborghini in 1963, Lamborghini has grown to become one of the world’s most iconic makers of luxury sports cars.

This year the brand has held a series of commemorative events to mark its 50th birthday, including a recent 300-strong convoy of Lamborghini cars around Italy.