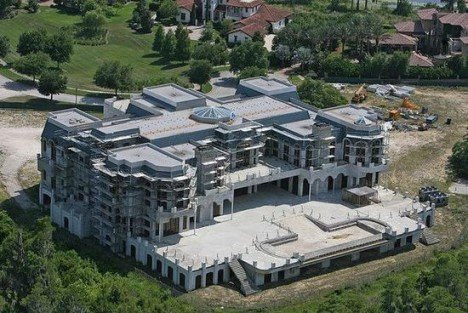 Largest House in America for Sale

The "largest house in America" located near Orlando, Florida, has been put up for sale with an asking price of $75 million.

The 30 bedroom mansion, modelled on the Palace of Versailles, is as of yet unfinished, but is set to boast the mantle of “largest family home in America”. The completion time scale has been announced to be 12-18 months as the shell of the house has been completed, with fixtures and fittings yet to be installed.

Work on the house and grounds began three years ago. However, the development is an apparent victim of the economic downturn and the owners have put the unfinished house on the market.

Local estate agent, Kelly Price, reportedly commented: “Versailles will probably be a house that will appeal to the uber-wealthy that don’t ever think about the issues of money.” The house has reportedly been receiving global interest from both buyers and media alike.